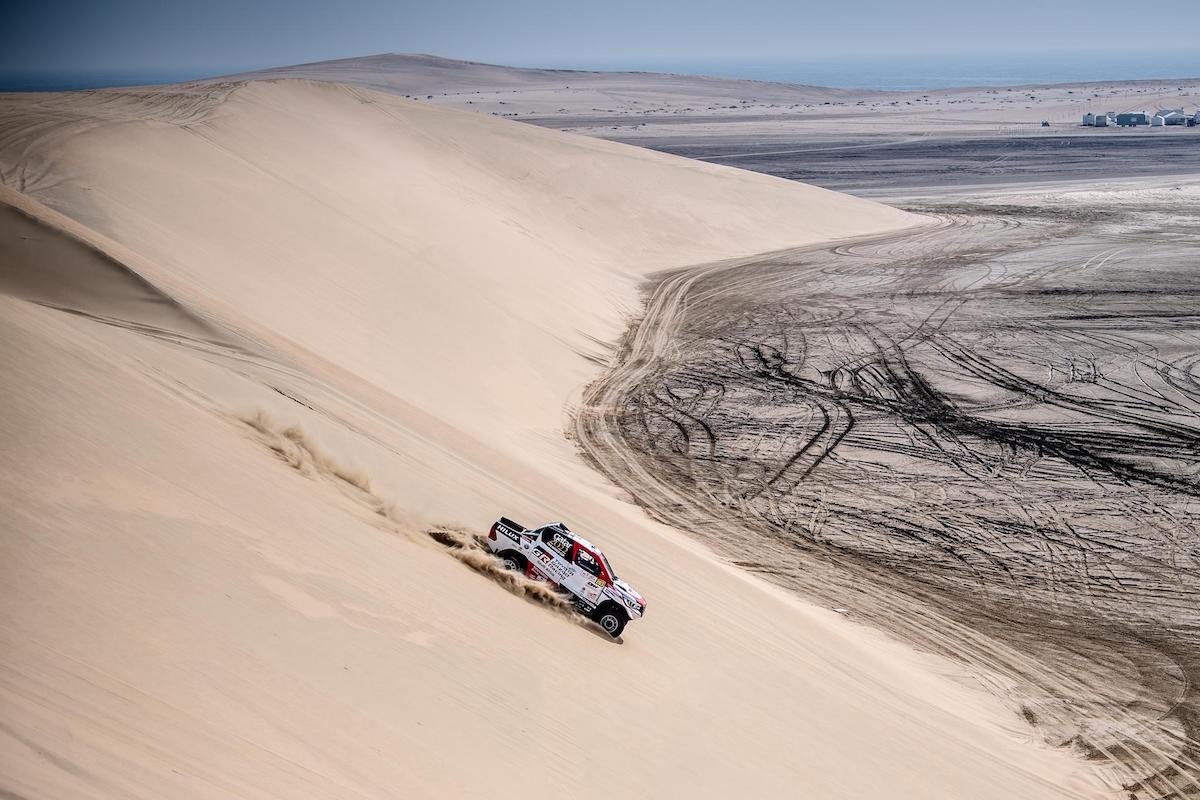 The five-time event winner opened the road on the longest stage of the entire event (351.98km) and overcame the tricky navigation and a series of unforgiving sand dunes to card the target time of 3hrs 27min 33sec.

Team-mates Yazeed Al-Rajhi and Dirk von Zitzewitz pushed the Qatari hard from the outset and the second fastest time enabled the Toyota driver to edge in front of Polish rival Jakub Przygonski and his German navigator Timo Gottschalk in the overall standings. The two are now separated by just 54 seconds in the fight for second place.

Al-Attiyah said: “Another good day, but it was not easy at all. We started from the sand dunes and the navigation was a little bit difficult. We didn’t make any mistakes. We try to push in some places where I felt good, but I also tried to save our car because that is important. We had a problem with one tyre (delaminating), but we managed.”

Przygonski said: “The stage was good and we enjoyed it. It was hard navigation, but we didn’t have any issues. We are pushing. The first part was good, for sure, but the last part we lose a bit of rhythm and we don’t know how or why. There were a lot of dunes at the start and the track was really nice to drive today.”

“Everything is okay,” said Al-Rajhi. “We had one puncture about 10km from the finish, but it was okay. The dunes and the navigation were okay. We tried to push as much as we could in the middle of the stage.”

The Russian crew of Vladimir Vasilyev and Konstantin Zhiltsov stopped short of the second passage control for a short time, but finished the stage with the fourth fastest time to hold a similar place in the overall standings. Zhiltsov said: “It was a hard day and we had a small mechanical problem before PC2 and a puncture. We are happy to be here and will try to do our best over the last two days.”

Italian Eugenio Amos felt unwell and was forced to stop his Ford 2WD Buggy before the dunes, north of the Inland Sea, and his demise lifted Yasir Seaidan and French navigator Laurent Lichtleuchter to fifth overall in the second of the X–raid MINIs. Czech driver Miroslav Zapletal stayed out of serious trouble in his Ford F-150 Evo to hold sixth place, despite one puncture and four small navigational errors.

Seaidan said: “It was a long stage with difficult navigation. It was rough in places and we got lost many times. We also had an electronic problem, but we got only one puncture.”

Bernhard Ten Brinke struggled to make headway on the third stage in the last of the Overdrive Toyotas. He lost time with navigational woes before the second passage control, although he was able to climb from 11th to seventh in the overall rankings.

Mohammed Al-Attiyah ground to a halt north of the Inland Sea and fell out of contention for overall T3 honours with huge delays, while Omani driver Abdullah Al-Zubair also ruined his chance of winning T3 after turbo-related issues.

Al-Zubair’s Qatari co-driver Nasser Al-Kuwari explained: “It was around 70km in the stage and we were leading the T3. We felt there was no power in the car. We try to move again. Varela caught us, but there was white smoke. We knew it was the turbo. We called the team and we took the decision to come back to Lusail.”

Russian driver Fedor Vorobeyev lost considerable time digging his way out of a sandy hole in the dunes and Qatar’s Adel Abdulla suffered his own time-consuming delays and was running well behind the leading group.

Mohammed Al-Harqan’s goal of winning the T2 category for series production cross-country vehicles was dealt a bitter blow when he suffered technical issues on the eastern coast, north of the Inland Sea. But rival Qatari Mohammed Al-Meer was also delayed in the sand, as both T2 cars struggled to cross the demanding terrain. Al-Meer eventually snatched the T2 advantage and 12th overall.

The timed action began south of Rawdat Rashid and crews then headed south-east towards the deserts close to Mesaieed and the Inland Sea and their first real test of Qatar’s sand dunes. The track then headed inland towards PC2 and then back into the deep south of central Qatar before a northerly run to the west of Al-Rayyan and the south of Dukhan to finish south of Ash Shahaniyah.

Qatar’s Ahmed Al-Kuwari and his Italian navigator Manuel Lucchese claimed victory in the second of the Qatar Manateq Bajas with a time of 1hr 54min 21sec at PC2. The Can-Am driver had lost his chance of pushing for T3 honours in the FIA event on the opening day, but the Baja win was some consolation for the former motorcycle rider.

Khalid Al-Mohannadi and his French co-driver Loic Minaudier were second in a Polaris and Saleh Al-Saif and Ziad Al-Arbi rounded off the top three. Abdulaziz Al-Dhafeeri, Hussain Al-Mahdi, Abdulaziz Al-Basheer, Jahman Jaralla and Nicholas Pacheco all suffered mechanical issues early in the stage.

There are two selective sections on Monday, split by a road liaison section of 56.39km where service is not permitted. The first timed section of 227.99km starts 37.71km from the Lusail Sport Centre and the second of 121.41km finishes 95.75km from the bivouac. 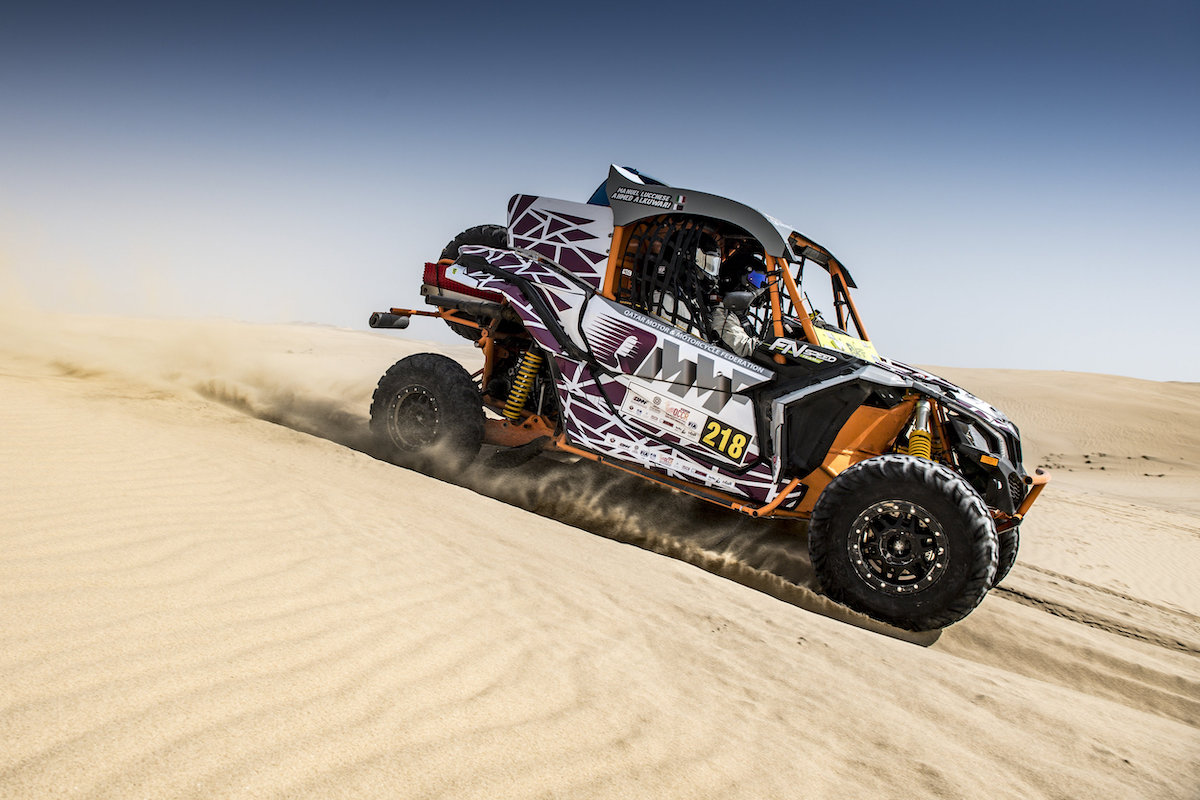 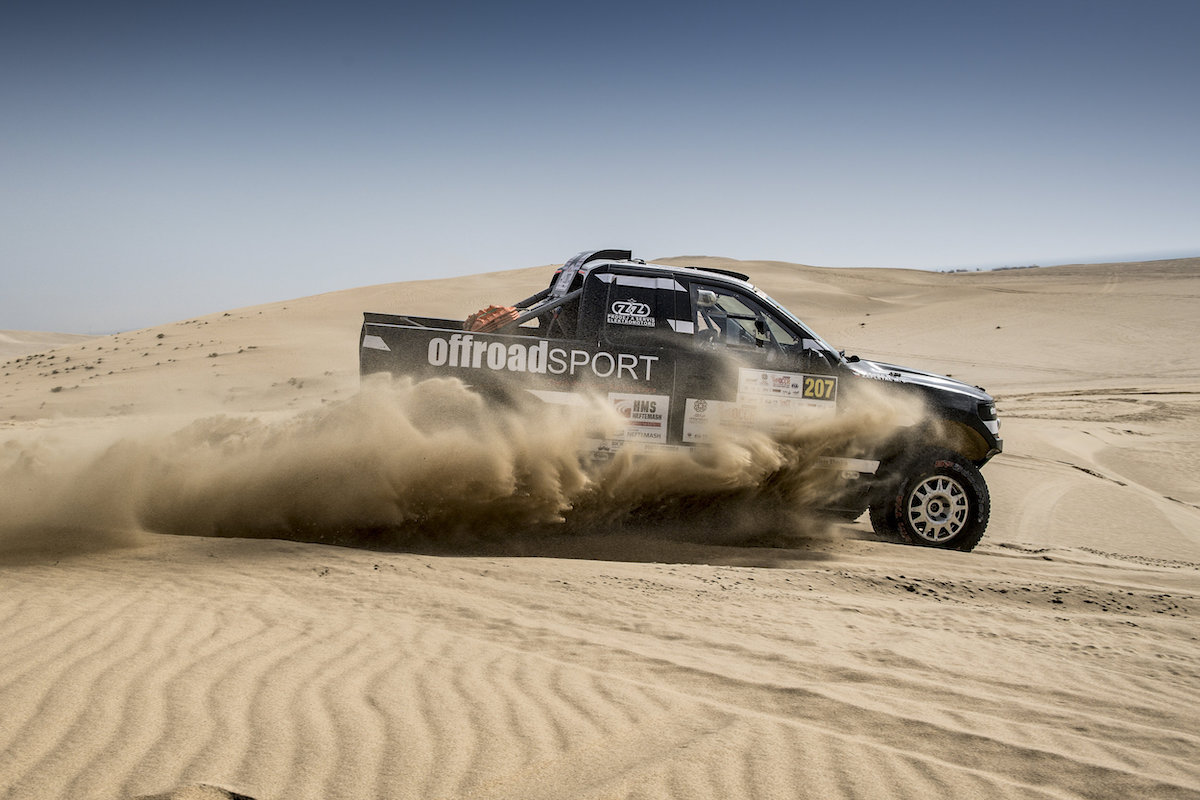 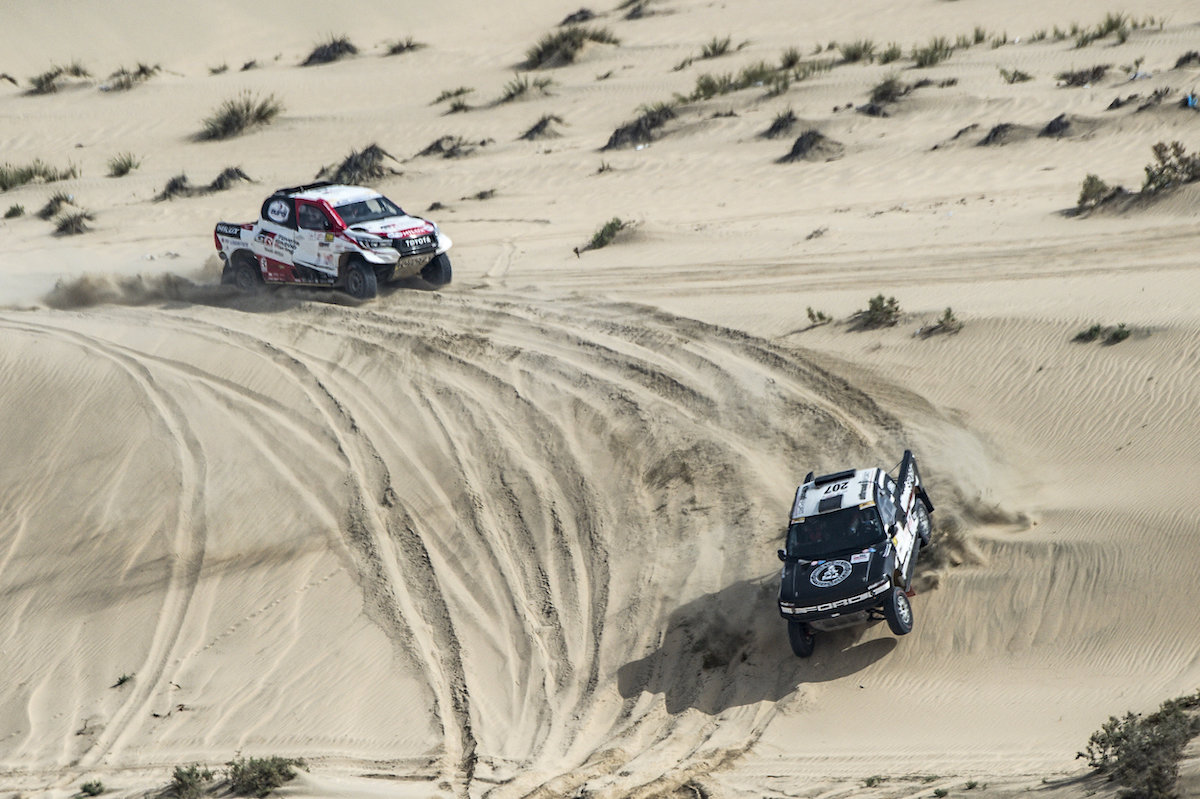 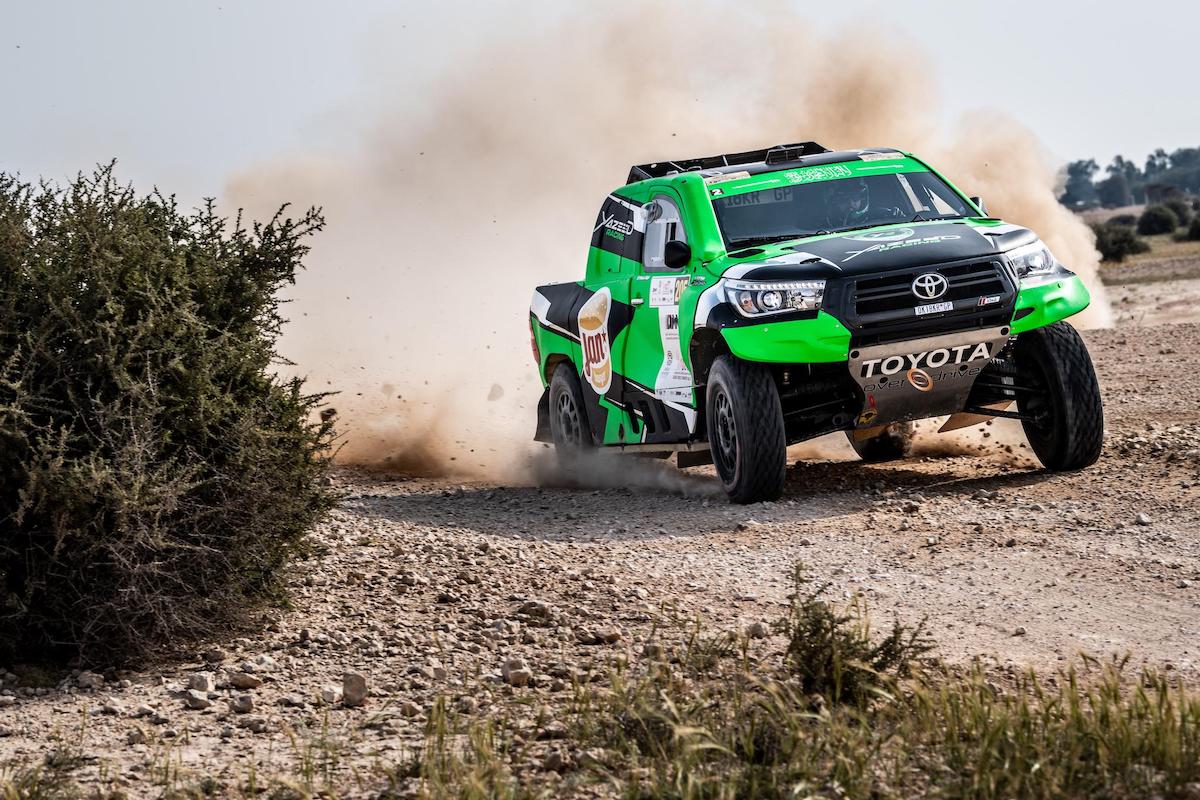 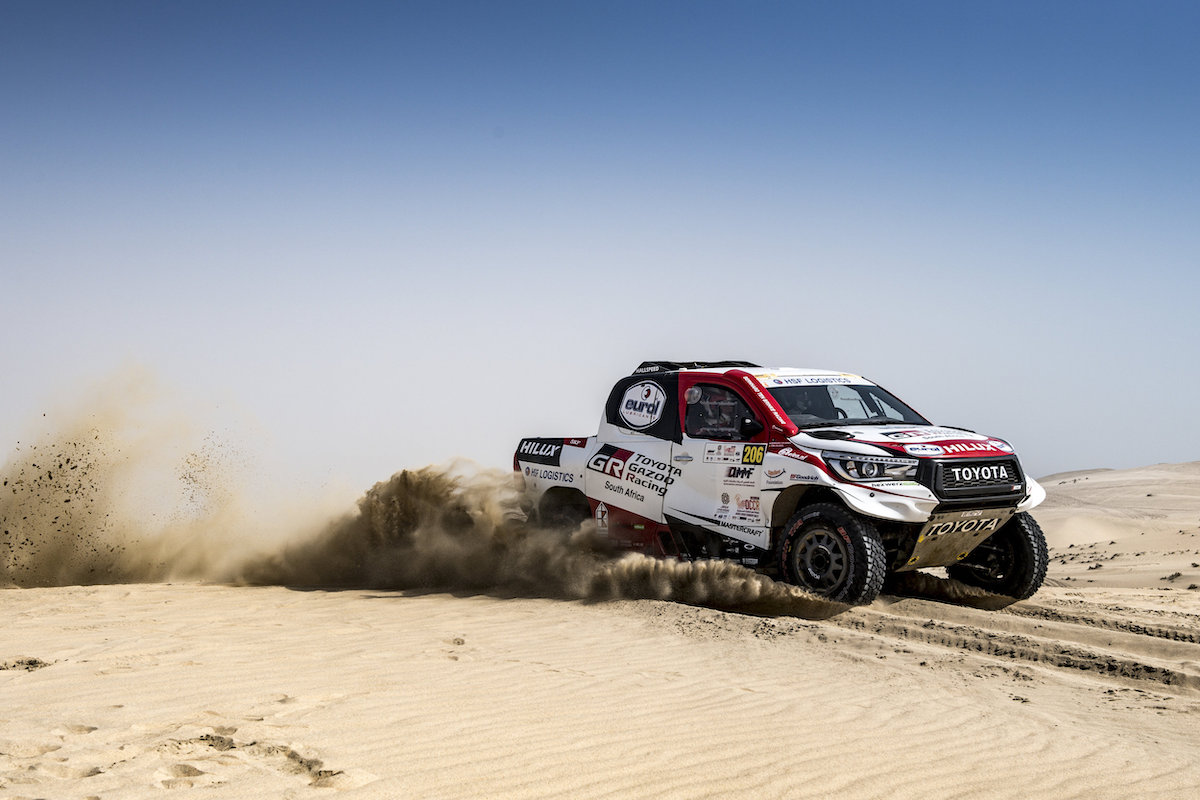 AL-ATTIYAH EXTENDS HIS LEAD WITH F...