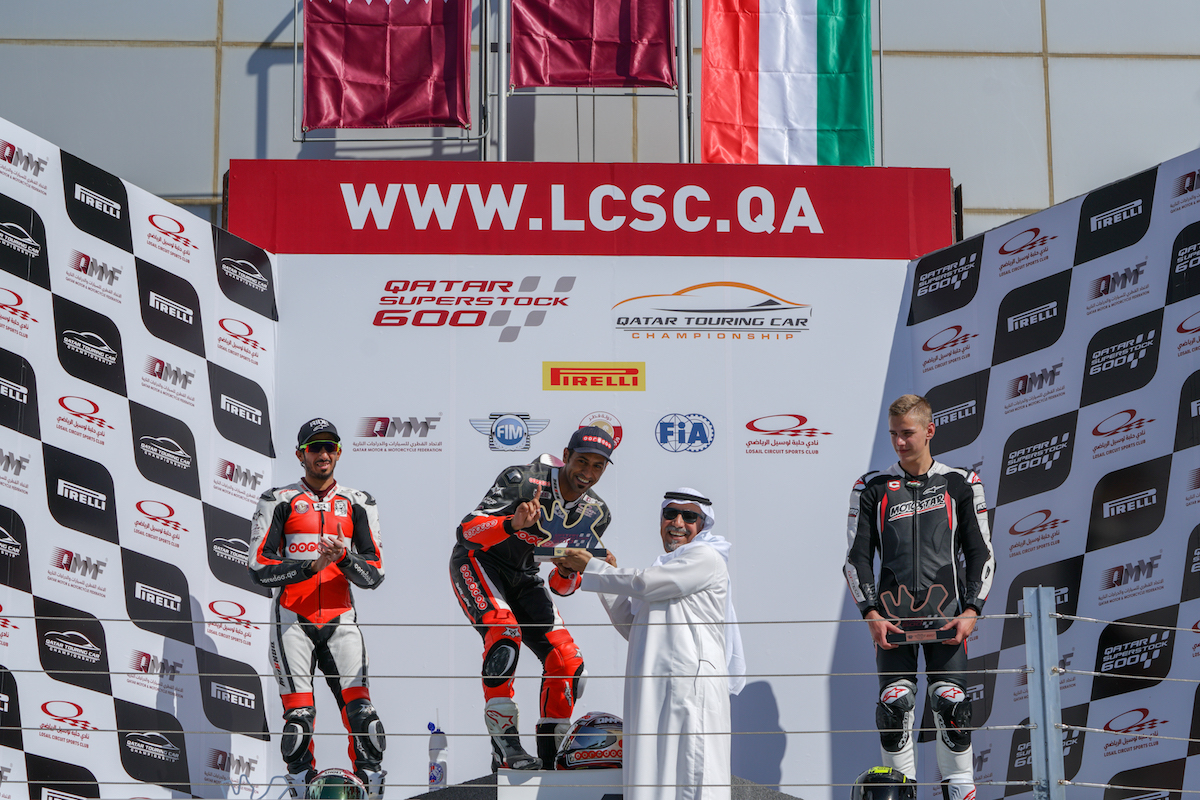 Qatar Superstock 600 and Qatar Touring Car Championship kicked off with the qualifying sessions and both defending champions managed to keep the lead.

In Qatar Superstock 600, Saeed Al Sulaiti took the first pole of the season at the Losail International Circuit and clocked a lap time of 2:04.438. Al Sulaiti will start the race in the first row, ahead of compatriot Mashel Al Naimi, who posted the second best time of 2:05.296 and Abdullah Al Qubaisi will start in third position in the grid with a time of 2:05.321.

‘I am really happy to be in first position in today sessions and get the Superpole. Compared to last week in the official test, I feel much better with the injury in my finger and actually I didn’t expect to be in front with this lap time. Of course, the race will be difficult tomorrow with 12 laps and I believe there will be a good fight between Abdullah, Mishal and myself so let’s see tomorrow’ said Al Sulaiti.

Although Al Naimi couldn’t fix the problems with the front tyre from last week, he is satisfied with his second position ‘Overall I am happy with this result. I managed to find a good set up in the Superpole with the used tyre but still have some problem with the front tyre as it happened last week during the official practice. Tomorrow in the warm up we will try to do something different in the front fork’ said Al Naimi.

Al Qubaisi tried to make a good time in the free practice 2 and at the Superpole he managed to do the third best time, only 0.025 behind Al Naimi.

In the QSTK Trophy, the fastest rider was Jassim Al Thani with a time of 2:09.293 with Kuwaiti rider Mohammed Al Zaidan and Hassan Al Mansoori in second and third place respectively in their category.

‘For me, the new season is a new beginning for me. I started with a good timing, I trained very well in the off-season and I am ready to compete for the win. For tomorrow, I will start in a good position and I will try to keep this place and hopefully compete with QSTK riders’ commented Al Thani.

In the Qatar Touring Car Championship, the defendant champion Abdullah Al Khelaifi, although he is driving a new car, managed to secure the pole position with a lap time of 2:25.368 and the Qatari will start tomorrow from the front.

‘I am very happy to be back. I have a new car for this championship and after the free practice, I had minor issues that were solved luckily and now I am ready to race. There is still a small set up to be done for tomorrow but even with this, I managed to qualify first but I have to work hard as the newcomers are very strong, they are here to win, so it will be a really tough championship’ commented Al Khelaifi.

A total of twelve cars took part in the first round and the newcomer drivers proved to be very strong and will fight for the championship title. Ahmed Alasiri finished second with a lap time of 2:26.548 and Nasser Al Ahbabi ended in third place with a time of 2:28.066.

For Alasiri, this is his first time to take part in a championship ‘The competition is fierce, even I qualified second, the other drivers are very close in the timings so it will be very hard tomorrow but fun as well. This is my first time in a championship and first time with this car as I didn’t take part in the official practice of last week, so I am very happy with today result and looking forward for tomorrow race’ said Alasiri.

Al Ahbabi, also new in this championship, was very happy with his result ‘This is my first time in this championship and I am so excited. I am very happy qualifying in third place and for tomorrow, I will work with some set up in my tiers and steering and hopefully I can fight to be on the podium’ said Al Ahbabi.

The runner up of last season, Hamad Al Asaif, is also driving a new car and had some issues to get good results in the first round ‘It is a new car; a new project and I need to work on it. I just decided last week to take part in the championship so the car still has some issues. Today I had problems with my fifth gear and breaks, so hopefully for next round I can fix the car’ ended Al Asaif.

Earlier before, an official photo was taken with the participants of both championships. 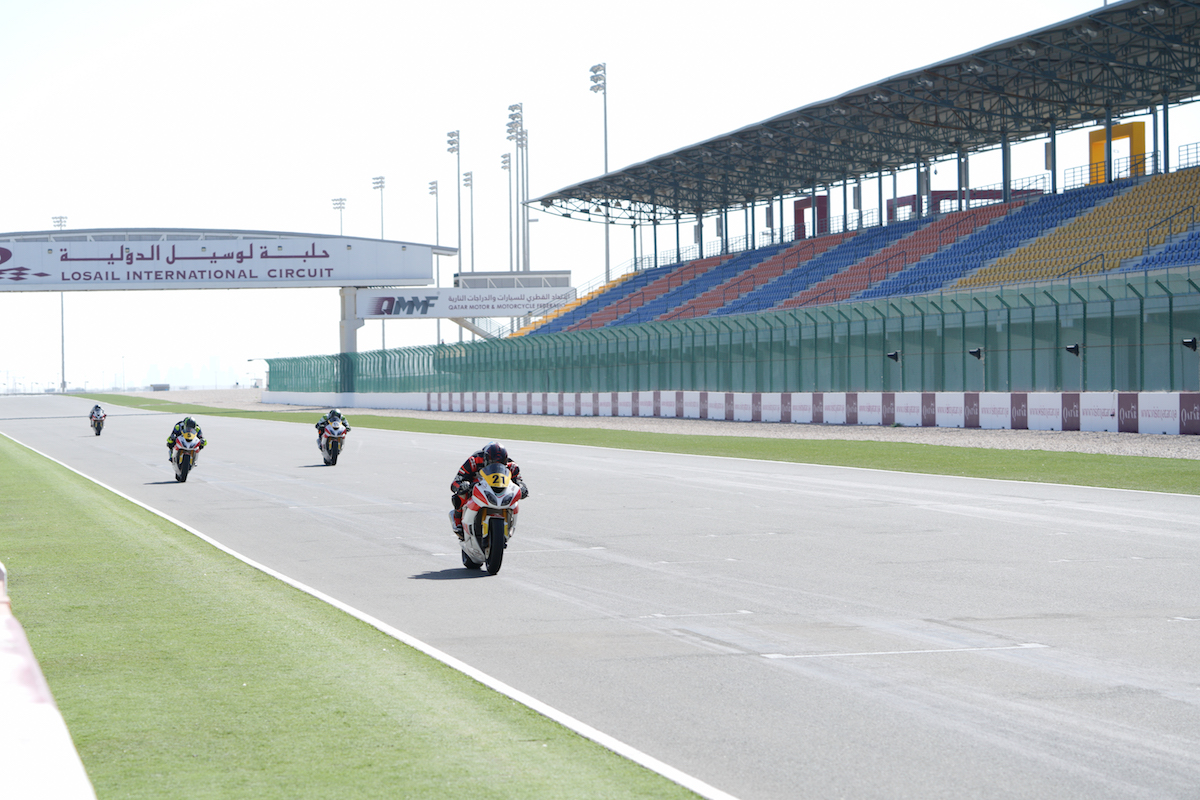 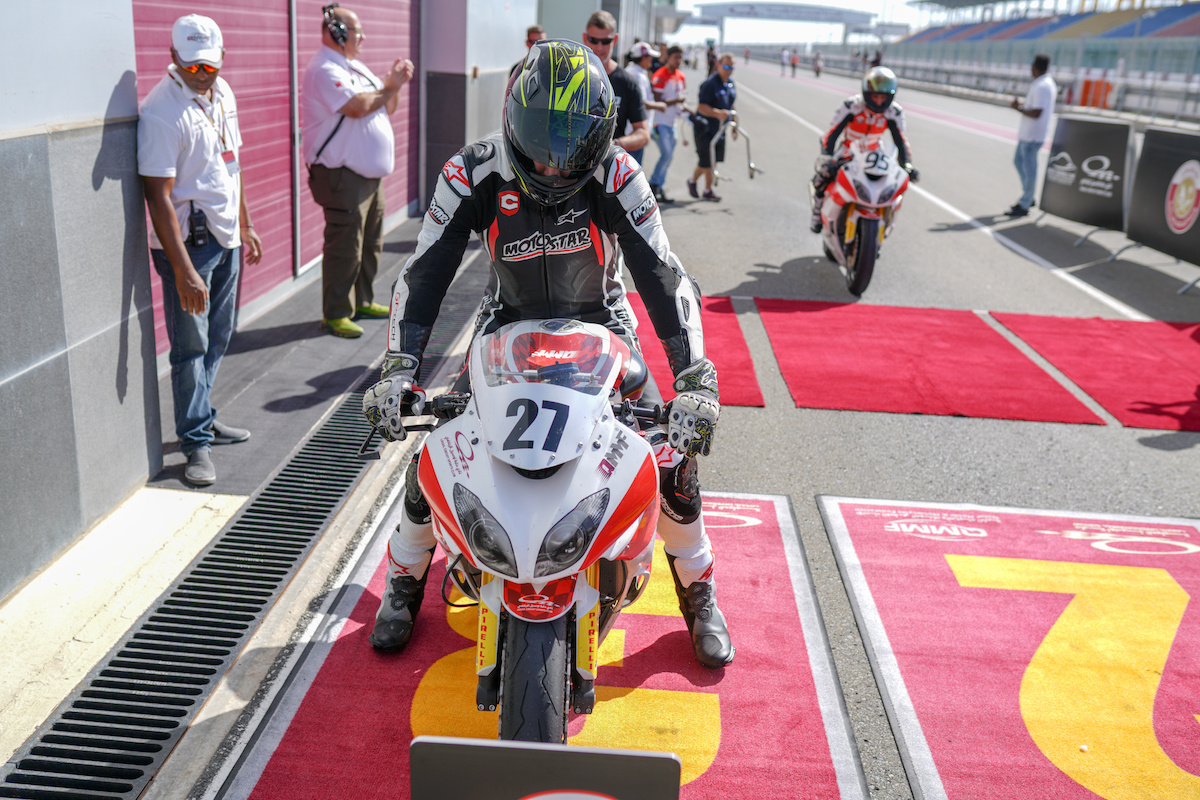 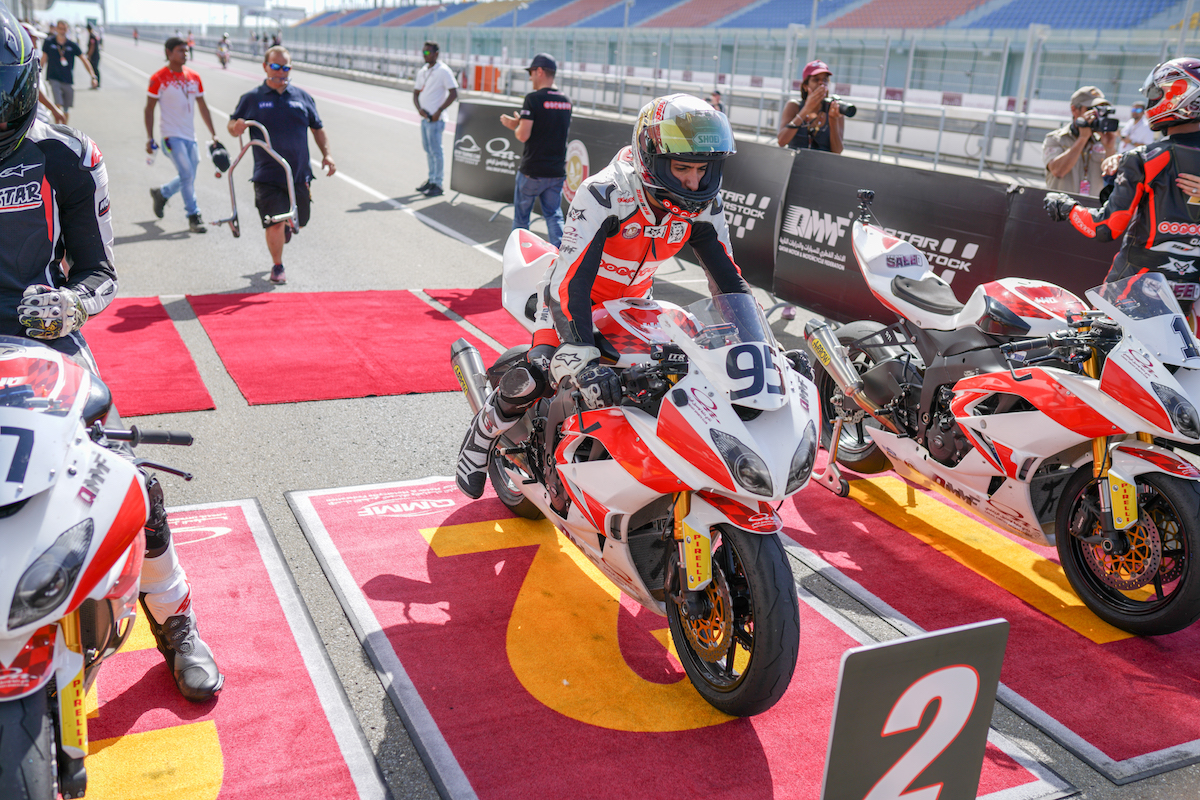 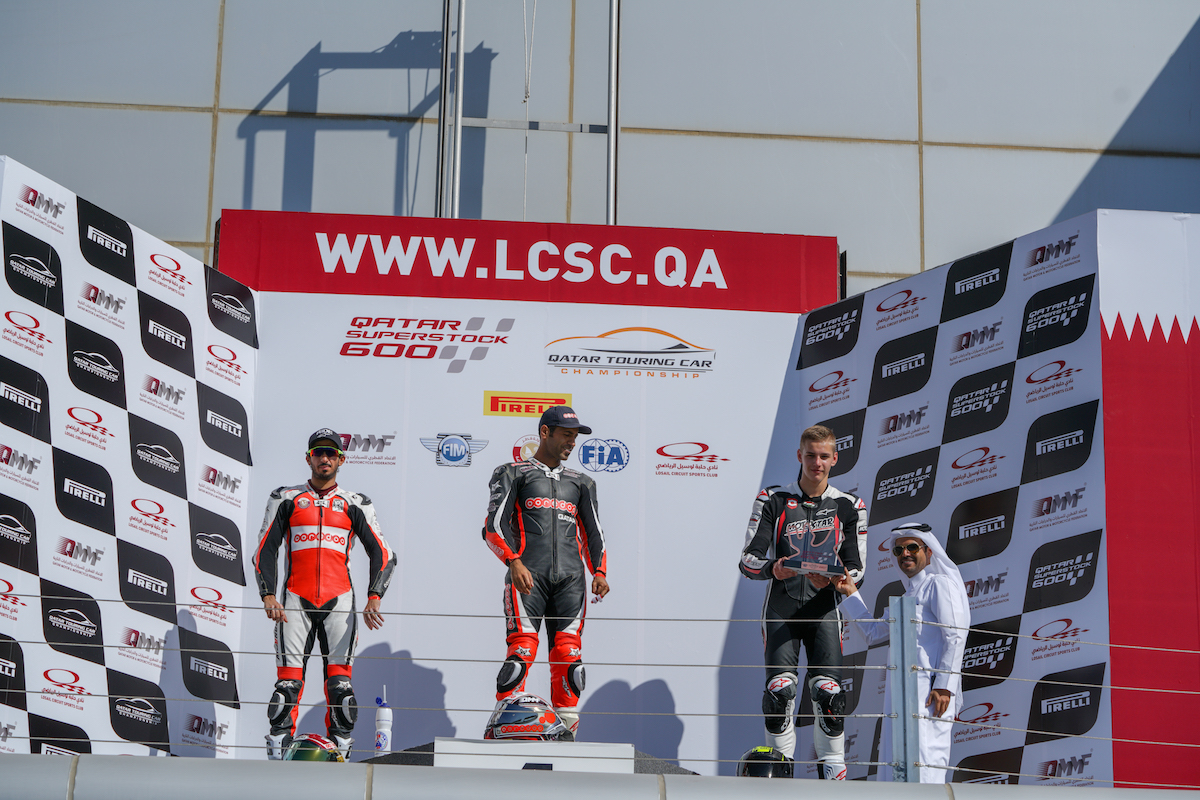 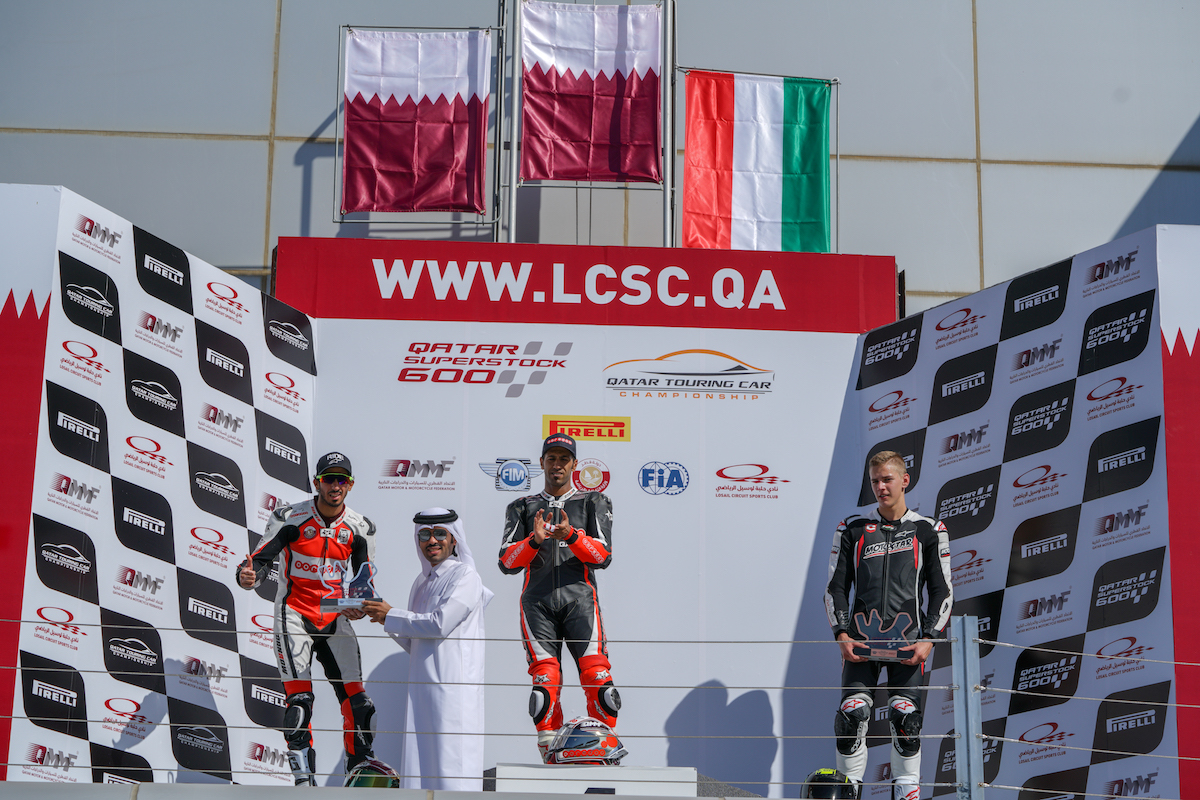 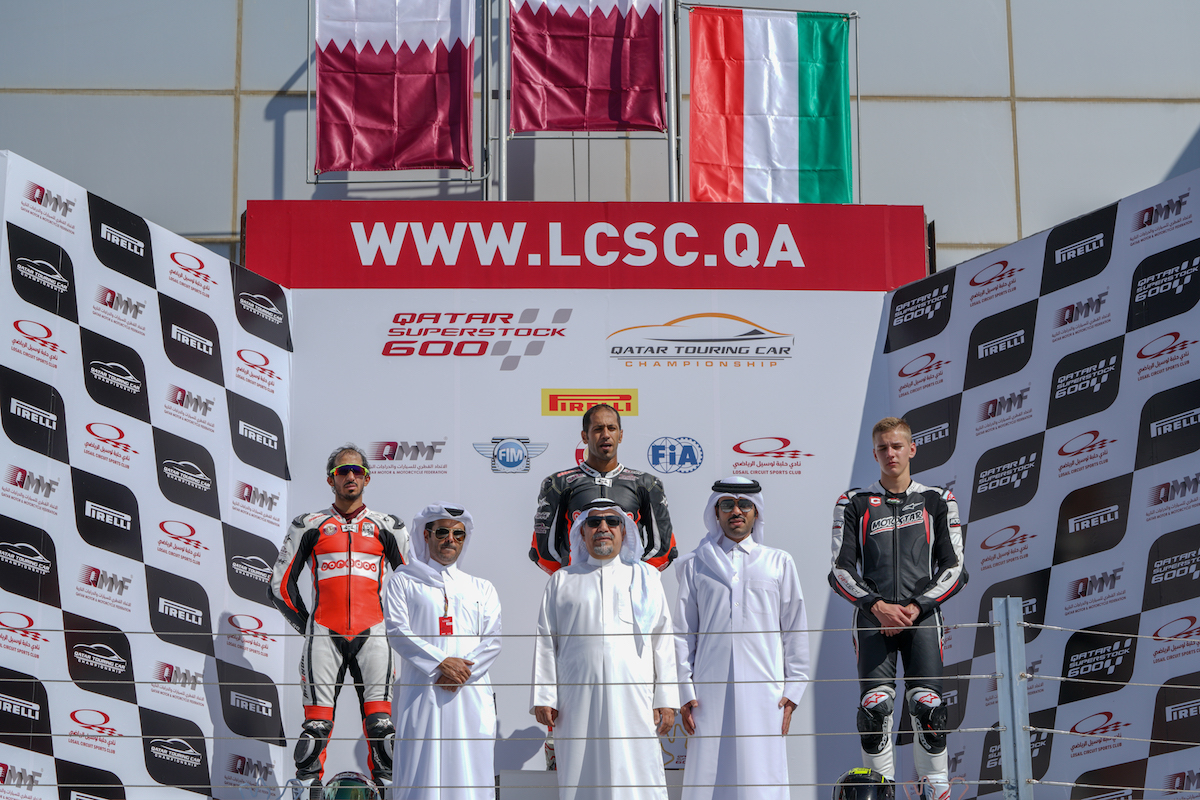 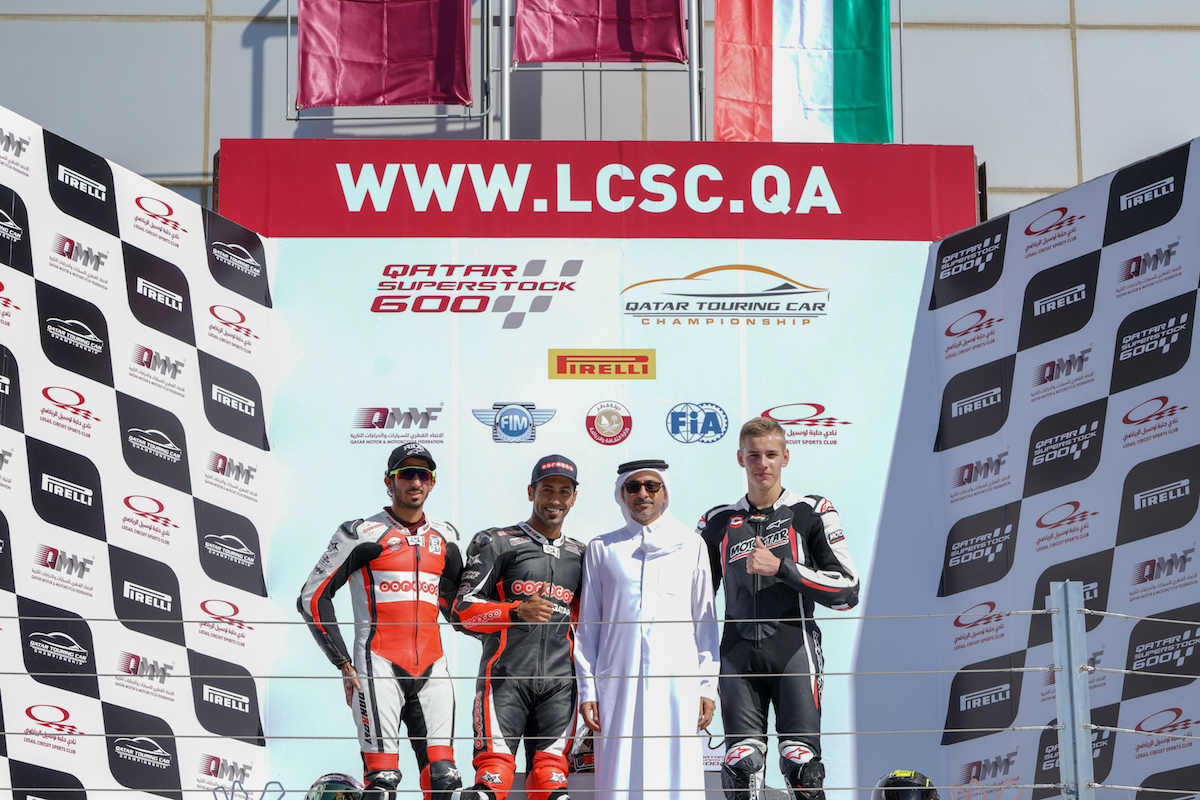 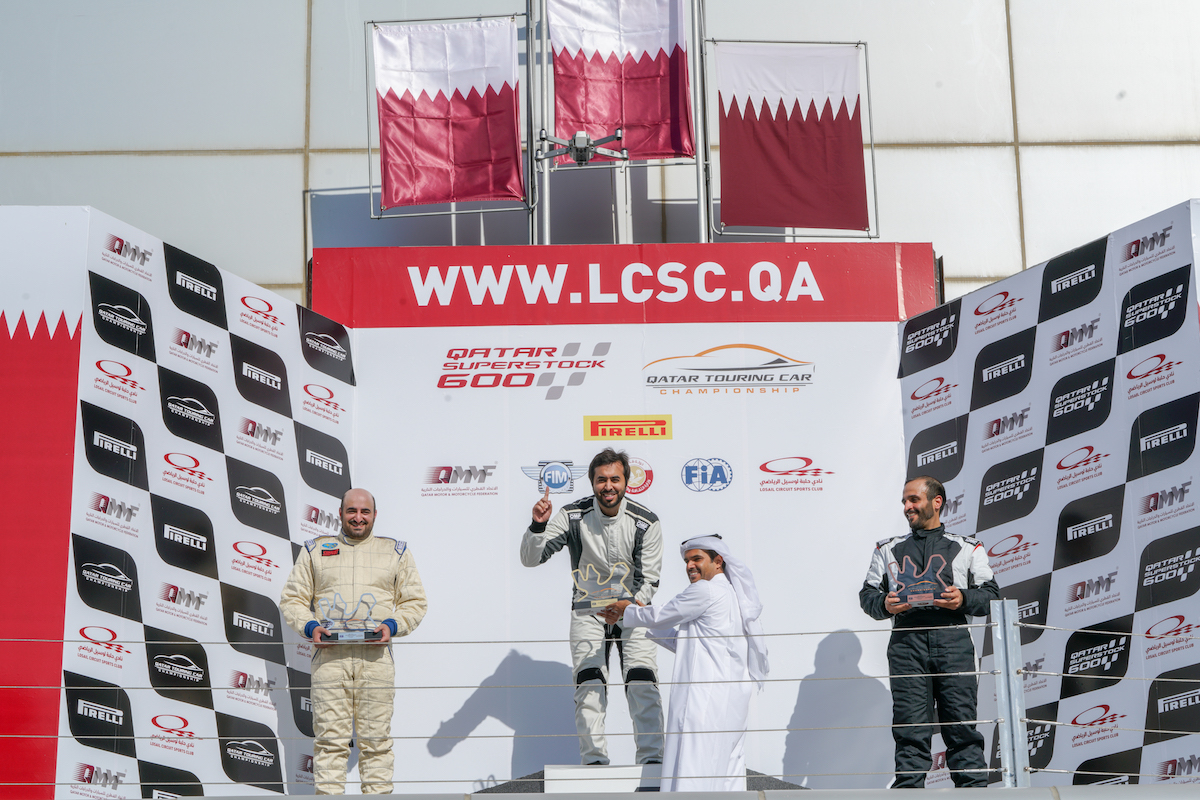 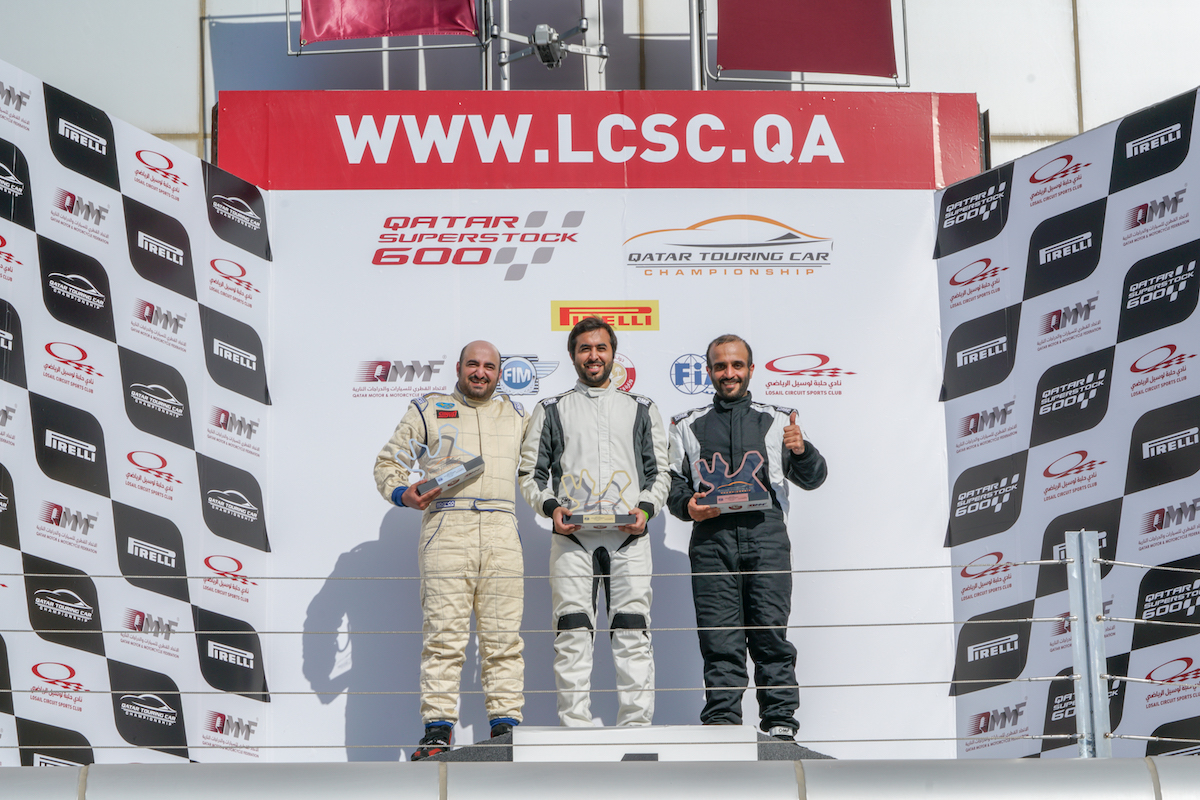