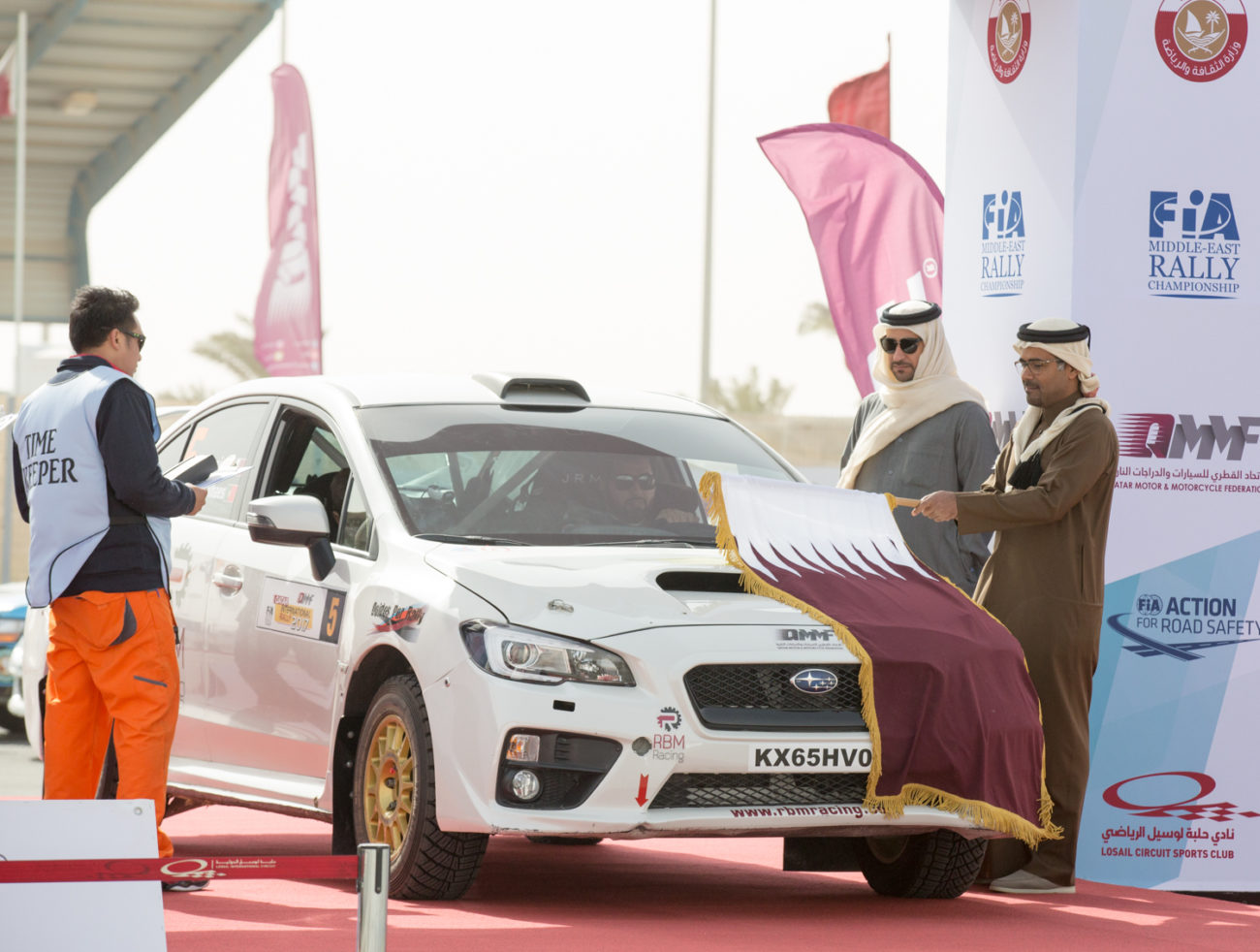 Special stage coverage of the 2017 QMMF Qatar International Rally starts with the 9.84km of the Mekaines stage on Friday morning from 11.05hrs. The forecast is for strong NNW winds of over 30mph and temperatures down as low as 14 degrees C. It could be interesting…..

Well, its bright and sunny this morning and very cold. We have four comfirmed cars on the start list for the MERC rally. Masoud Al-Saleh has been forced to rescrutineer this morning after failing to conform to a safety regulation involving the General Circuit Breaker and the manual fire extinguisher/anti-torpedo device. If he can produce the necessary equipment he starts.

At the Stewards’ meeting last night, five of the original 10 cars on the list were refused a start in the international rally in an unprecedented move by the Stewards following the scrutineering report submitted by FIA Technical Delegate Lionel Carre, concerning new safety regulations. They were given the option to take part in a National Rally section behind the main event, but Rony Maroun has returned to the UAE, so Henry Kahy starts with Jordanian navigator Musa Djiyerian. Asem Aref has decided not to run the risk of damaging his Renault with no chance of picking up MERC 3 points and will not tackle the special stages.