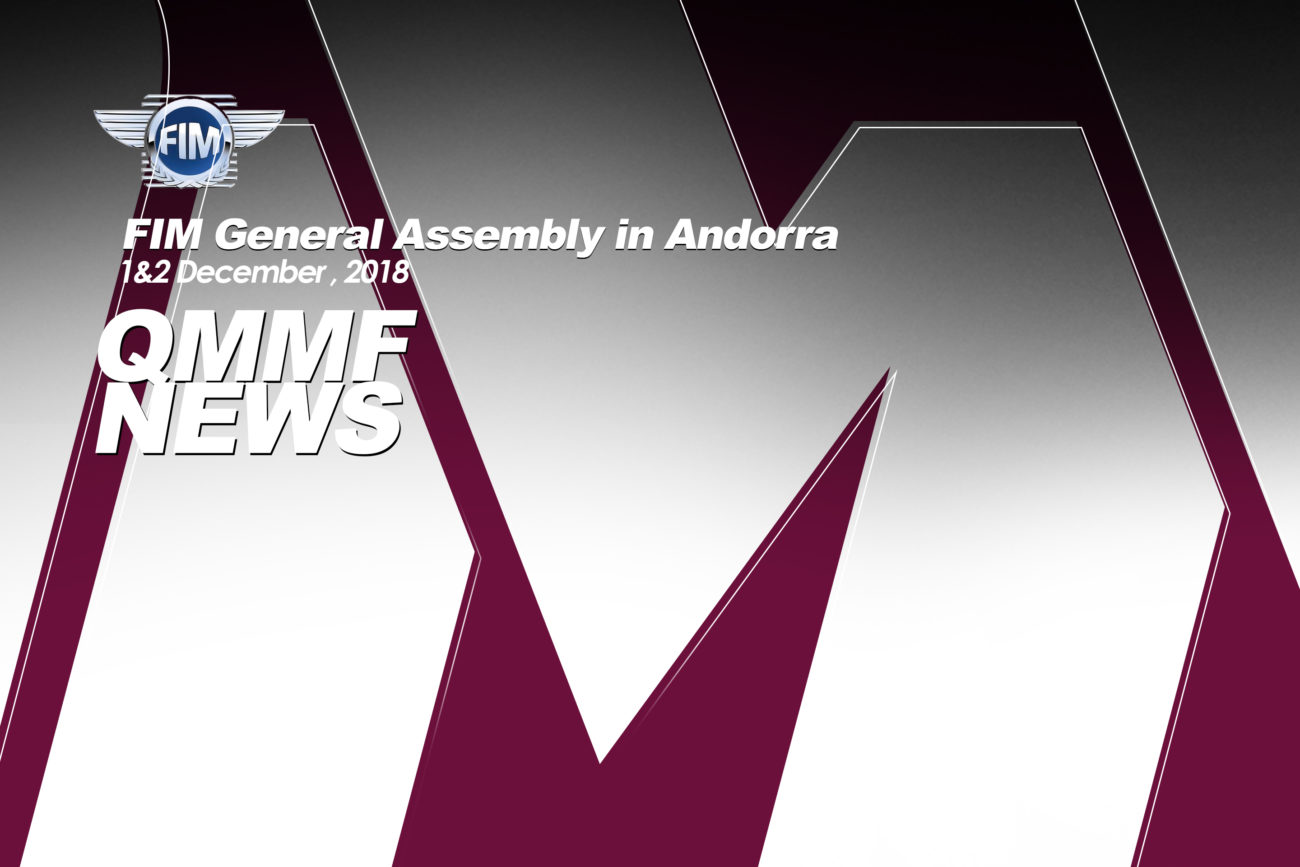 The QMMF delegation headed by President Abdulrahman bin Abdullatif Al-Mannai left Doha for Andorra on Thursday (29 November) to attend FIM General Assembly, where QMMF President make a number of meetings during FIM GA which will contains election of a new FIM president and the adoption of the FIM calendar for 2019. There will also be meetings of the FIM Asian Federation.

Following the end of the FIM GA, there will be the FIM Awards ceremony for the 2018 all competitions champions.