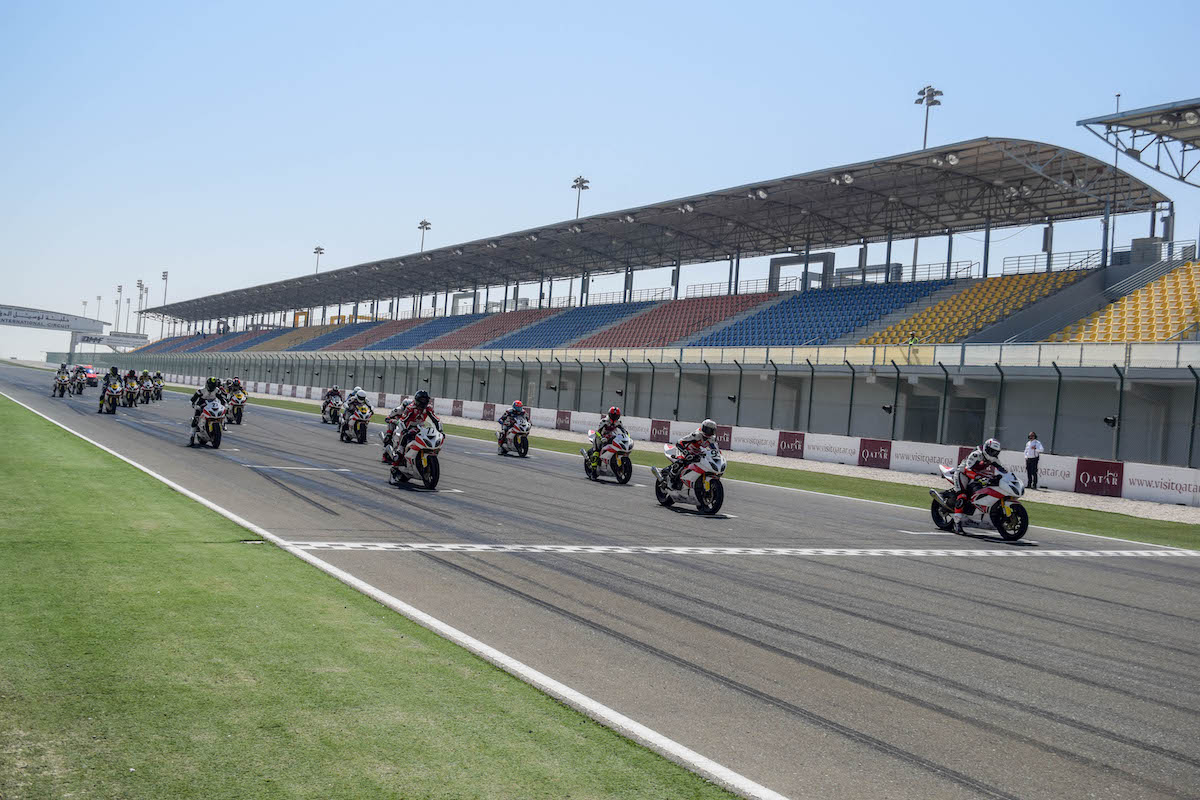 Defending champion Saeed Al Sulaiti started to defend his title after the Qatari rider topped the two-day official practice sessions with a total of 22 riders taking part in the championship at the Losail International Circuit on 30thNovember and 1stDecember 2018.

Al Sulaiti was the fastest rider with a lap time of 2:05.131 on Day 2 during the last session, ahead of Mishal Al Naimi, the runner up of last year’s championship who finished second with a time of 2:05.178. Last year’s Rookie, Abdullah Al Qubaisi was the third fastest in a time of 2:05.367.

Al Sulaiti was very happy with the overall results of the official test ‘To be honest, I faced difficult times for this weekend as unfortunately I broke my finger last week while training but I was able to ride and suffer the pain and in the second day I set the fastest time’ said Al Sulaiti

‘I am also really happy with Abdulla’s performance compared to last season, he is much faster and for sure that this season there will be more than two riders competing for the championship. Thanks to Abdulrahman Al Mannai (QMMF President) and Khalid Al Remaihi (LCSC Vice President and General Manager) for their support and also to Ooredoo to continue with their sponsorship’ ended Al Sulaiti.

Qatar’s Al Nami, although he had some problem with the front tyre during all the weekend, was happy with his result. ‘I tried to find a good set up but we didn’t have enough grip to do a good lap time and I had a problem with the front tyre that was destroyed all the time. The bike is working very well and I hope we can make a good result in the opening round. Thanks to Ooredoo for their support and QMMF and Losail Circuit Sports Club’ stated Al Naimi.

In this season, there are newcomer riders from Kuwati and Australia. Out of 8 Kuwaiti riders that take part in this championship, Mohammad Al Zaidan is the fastest one. ‘I am very happy with the result in the official practice. Last week, during the track day it was different but this time, with the support of all the mechanics, we have a good set up in the bike and I am really excited to start again another season and join this amazing championship. Thanks to QMMF and Losail Circuit Sports Club for their support.’ Said Al Zaidan.

The Championship is organized by Losail Circuit Sports Club and Qatar Motor and Motorcycle Federation with Pirelli Qatar as sponsor of the championship. There will be a total of five rounds, with two races at each round and the two categories racing together, QSTK600 and QSTK Trophy. First round of the season will be on 6th & 7th December 2018.

Mr. Khalid Al Remaihi, LCSC Vice President and General Manager is looking forward to start the new season and happy with the good number of participants ‘We are very proud of what we achieved last season and we expect another fierce and strong competition between all the participants in both categories. It is great that more riders from abroad are joining our championship and for sure that all of them will give all the best in every race’ said Al Remaihi. 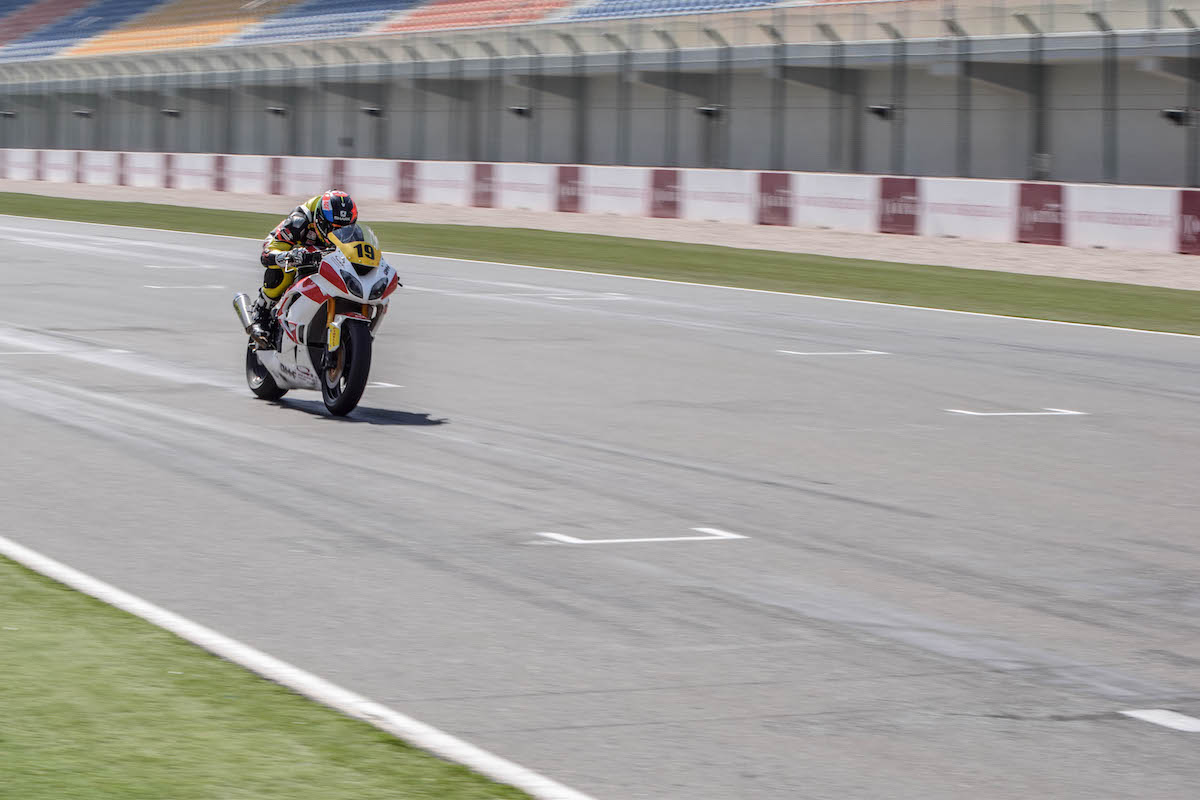 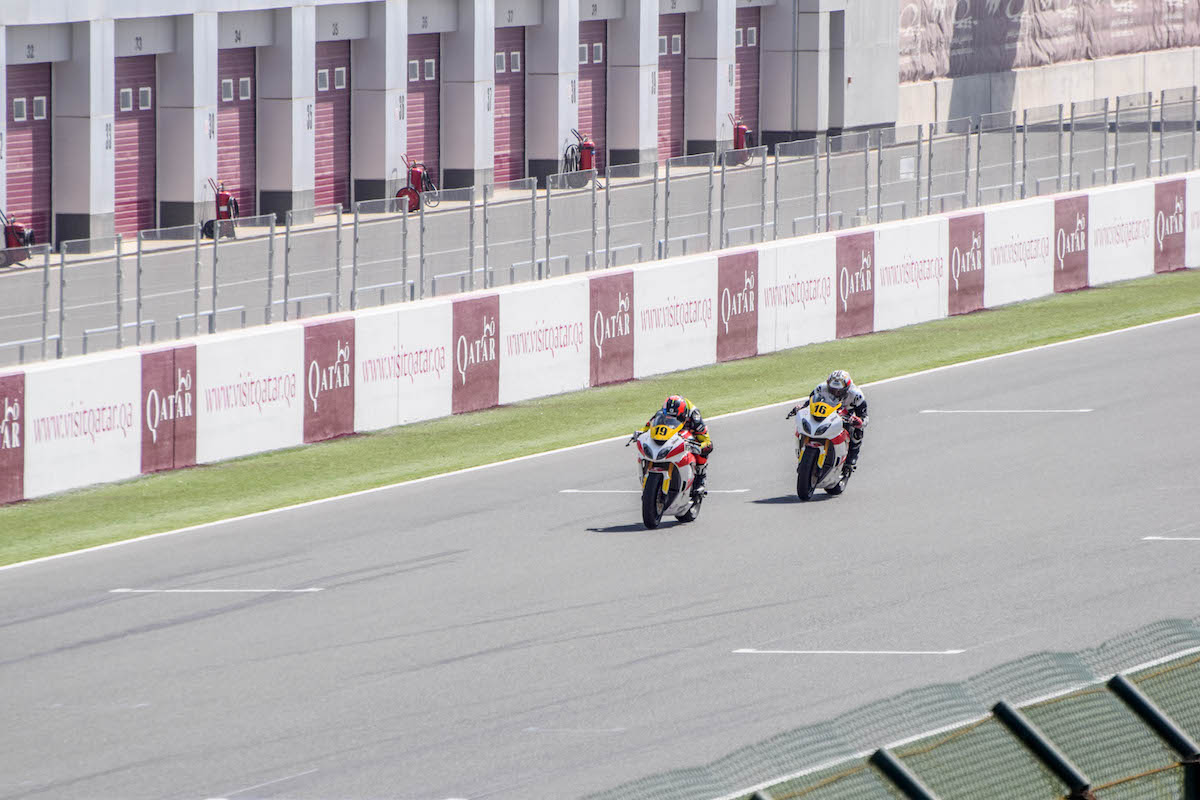