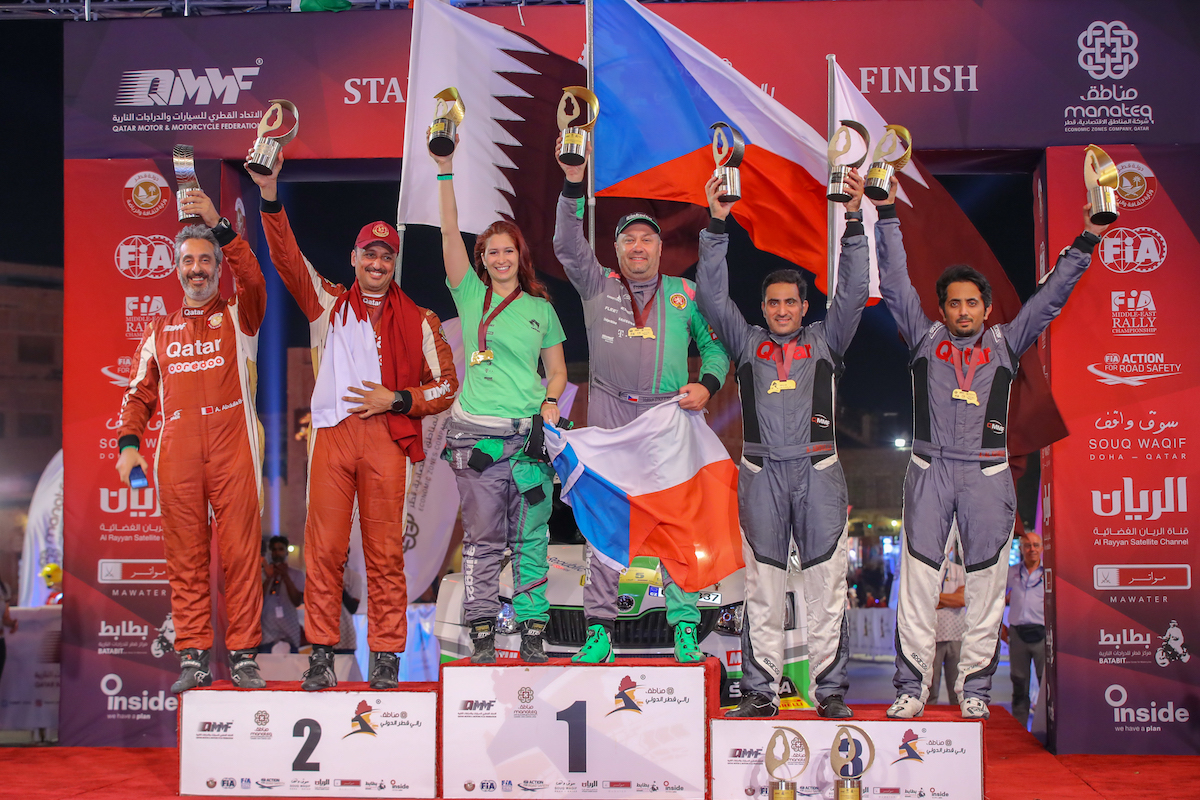 LOSAIL (Qatar): Czech rival Vojtĕch Štajf and his female navigator Veronika Havelková created their own little piece of history with a shock victory in the Manateq International Rally of Qatar, the final round of the FIA Middle East Rally Championship, on Saturday.

Following Nasser Saleh Al-Attiyah retirement on the first stage of the day, Štajf cruised to an emphatic win. His success marked the first victory in the Qatar International Rally for a non-Arab driver since the late Björn Waldegård’s success with co-driver Fred Gallagher in a Toyota Celica Turbo way back in 1986. The win also marked the first for a non-Qatari driver since 2002 and the first MERC win for the Czech at the end of his debut season.

Štajf won the first stage of the day and then extended his advantage over Adel Abdulla to 1min 50sec with the fastest time through Al-Ghariyah. The Škoda Fabia R5 driver’s eventual winning margin was 4min 07.8sec. Havelková is a two-time Slovakian national champion, but this was her first event with Štajf.

The delighted Czech said: “I feel sorry for Nasser, but that happens sometimes. That is rallying. We were keeping the pace to be safe from the beginning, holding back and waiting for a possible problem for Nasser. That’s what happened. My first rally was actually in 1986 with my uncle. That’s when I decided to become a rally driver. I am so happy for my sponsors, who have supported me to experience such a hard and challenging event like Rally Qatar.

“This year’s Middle East Championship was very hard for me. All the rallies were new for me and all the events were very different. I am still learning at the age of 44, even though I have been doing rallies for 22 years. This has been a great challenge.”

Al-Attiyah and French navigator Matthieu Baumel headed into the opening Al-Khor stage defending a lead of just over two minutes, but the Qatari’s hopes of securing a record 14th home event win were ruined just metres into the stage when the rear left-hand drive flange broke on his Ford Fiesta R5. The crew struggled to the stage finish, dropping 2min 40.9sec to new leader Štajf, but retired after the flying finish.

Al-Attiyah said: “The upright was completely broken. Maybe it was some damage when we had a puncture in Kuwait. It was the same corner. It is bad luck. The problem was from the start of the stage. There was a vibration. We did 300 metres and stopped to check if it was a flat tyre. We saw nothing and decided to keep going to the finish. The wheel was completely stuck and we only had three wheels. We let Vojtĕch pass and we finished behind him. But it was over for us.”

Qatar’s runner-up Adel Abdulla and new Lebanese navigator Ziad Chebab delivered an impressive debut performance in a Ford Fiesta R5. Adel got to grips with the increased performance quickly, although the loss of over two minutes in the seventh stage because of power steering issues cost him any realistic chance of catching Štajf.

Adel Abdulla said: “This is a very good result for me. We pushed a little for the first two stages this morning and then we lost the power steering after two kilometres. It was hard to turn in the tight corners and we threw away a lot of time.”

Abdullah Al-Kuwari moved into third overall when Al-Attiyah retired and then lost over two and a half minutes with a puncture and a turbo issue in stage six. But the Qatari and his nephew Nasser Al-Kuwari secured the final podium place and won the MERC 2 category.

Mohammed Al-Meer was unable to capitalise on Al-Kuwari’s delays when he suffered his own time loss in Al-Ghariyah. He and Ahmad Al-Fares reached the finish in fourth.

MERC 3 champion Henry Kahy and Jordanian navigator Musa Djiyerian wrapped up an excellent season with another impressive display in their two-wheel drive Škoda Fabia 1.6. Kahy was classified in sixth overall after losing fifth on the penultimate stage.

Kuwait’s Saleh bin Eidan began the day in fifth and slipped to sixth overall with ongoing clutch problems on the first stage of the day. But he regained his place on the subsequent special and moved up to fourth after Al-Attiyah’s retirement before retiring with axle damage after a collision in Al-Ghariyah.

Saturday’s action started in the north with a shortened stage of 13.20km at Al-Khor and this preceded the unchanged 21.16km of Al-Ghariyah special and the modified 14.22km of Al-Ruwais. The stages were repeated in the afternoon after a return to service at the Qatar Handball Stadium.

None of the other National Rally contenders actually made it to the stage start. Saif Abdullah Al-Harthy and Shaun McGonigal were working on their cars after their allotted start times and into their maximum lateness. A clutch master cylinder issue eventually prevented McGonigal from starting and Al-Harthy went OTL with engine woes. 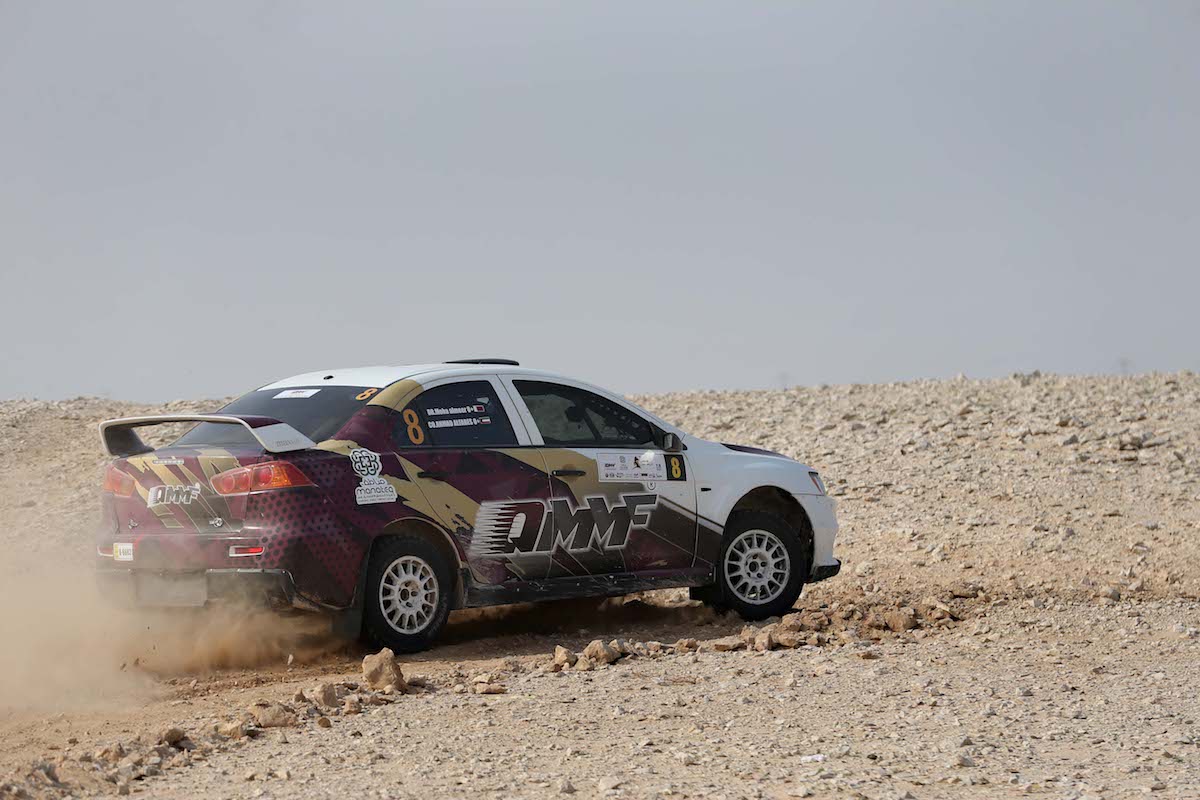 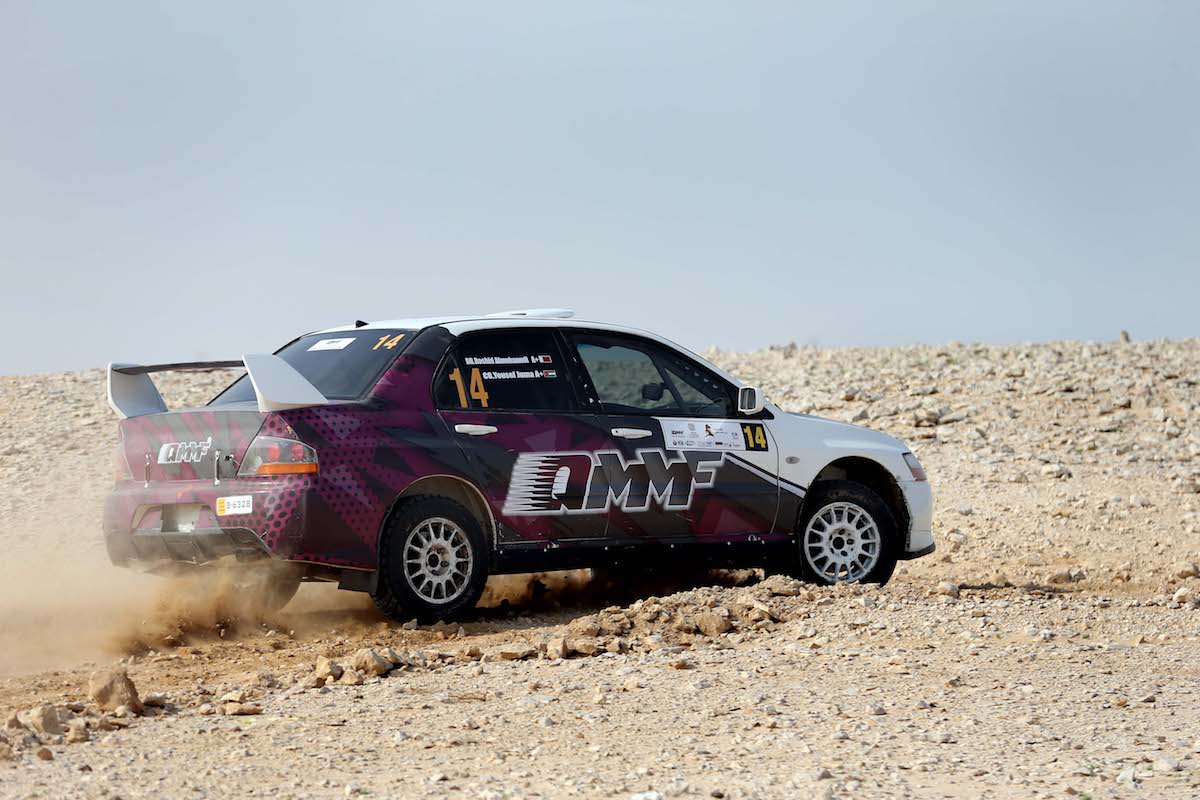 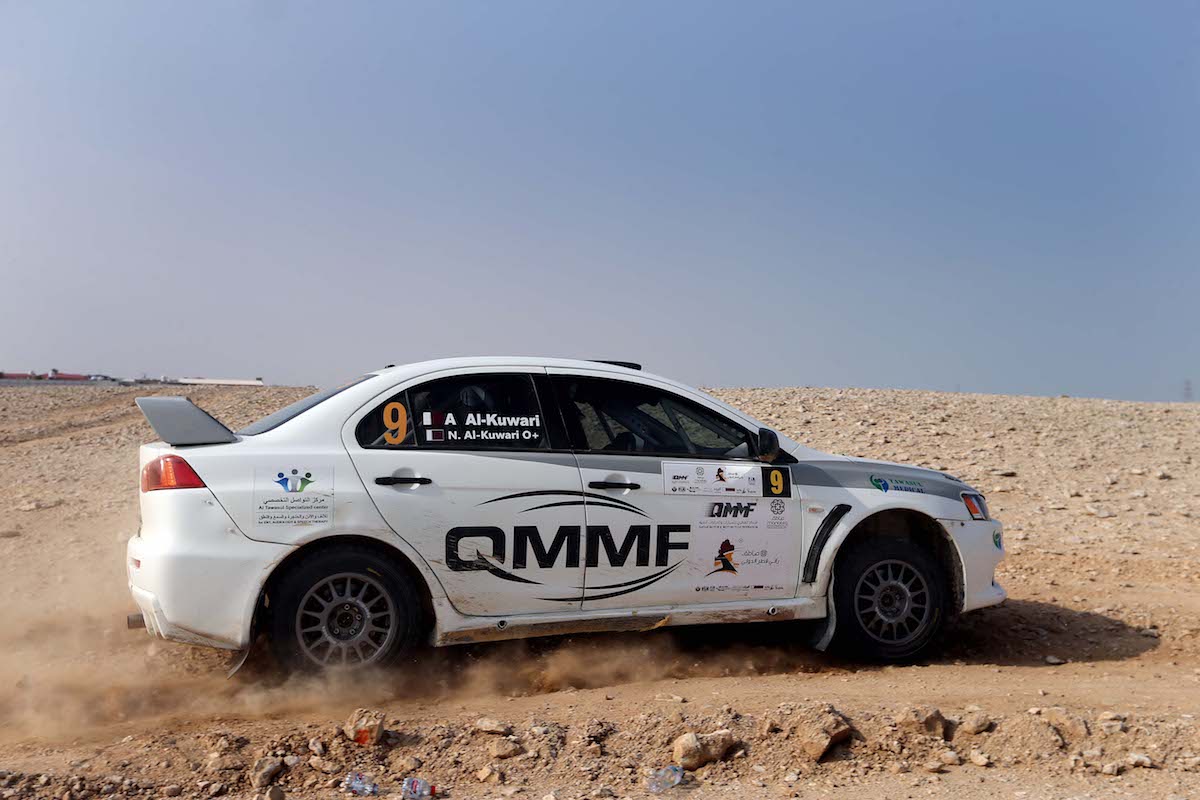 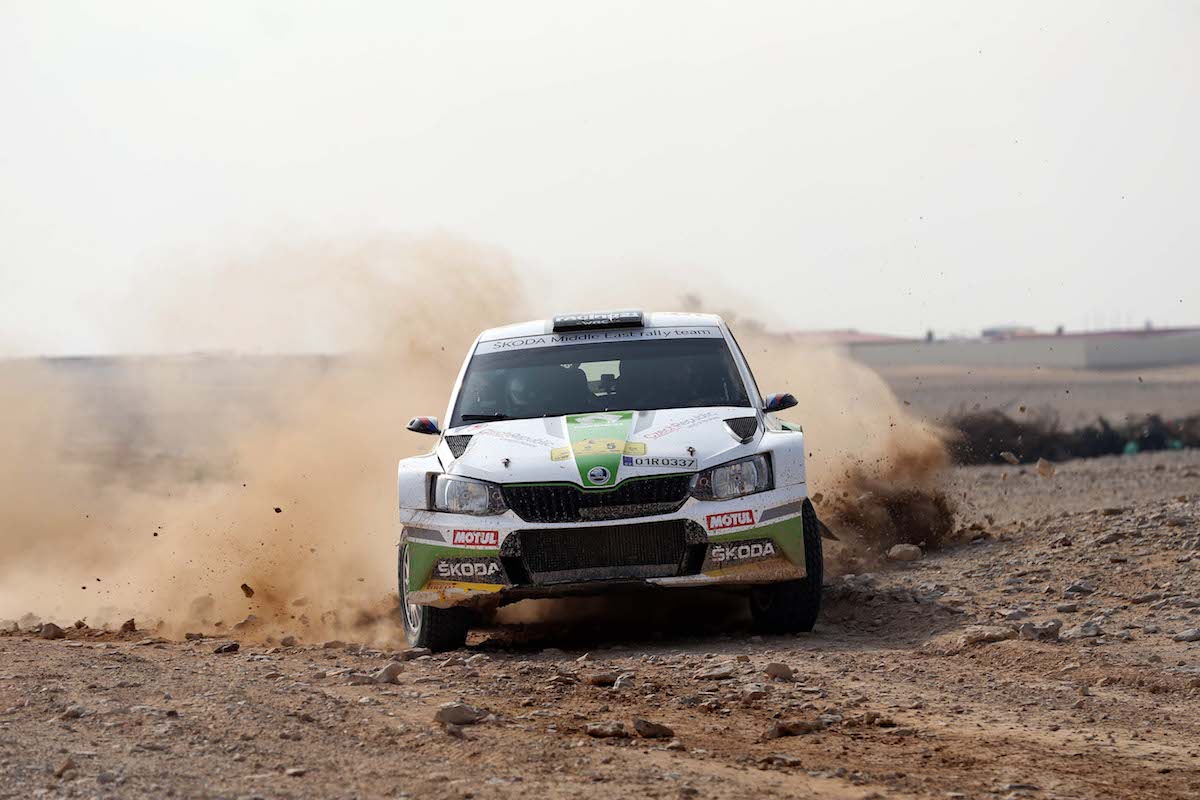 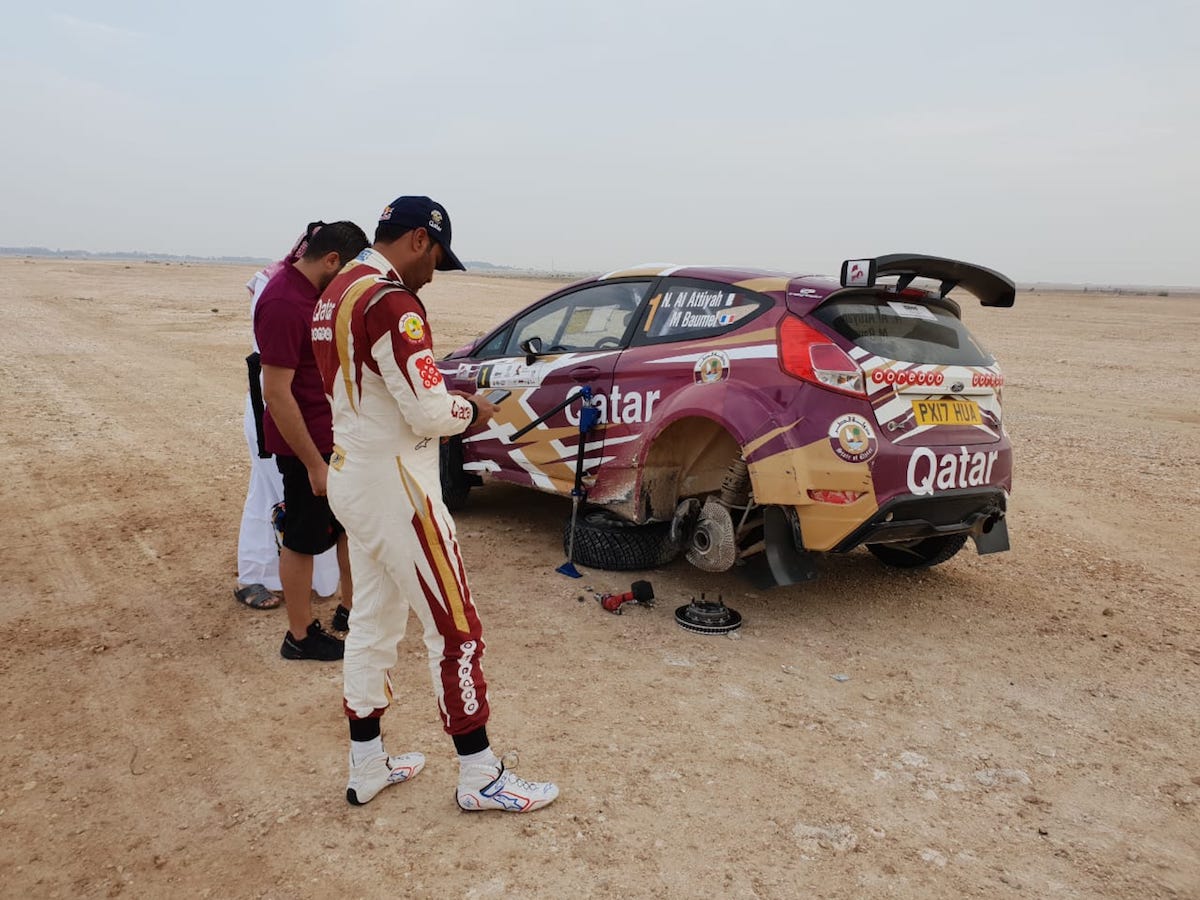 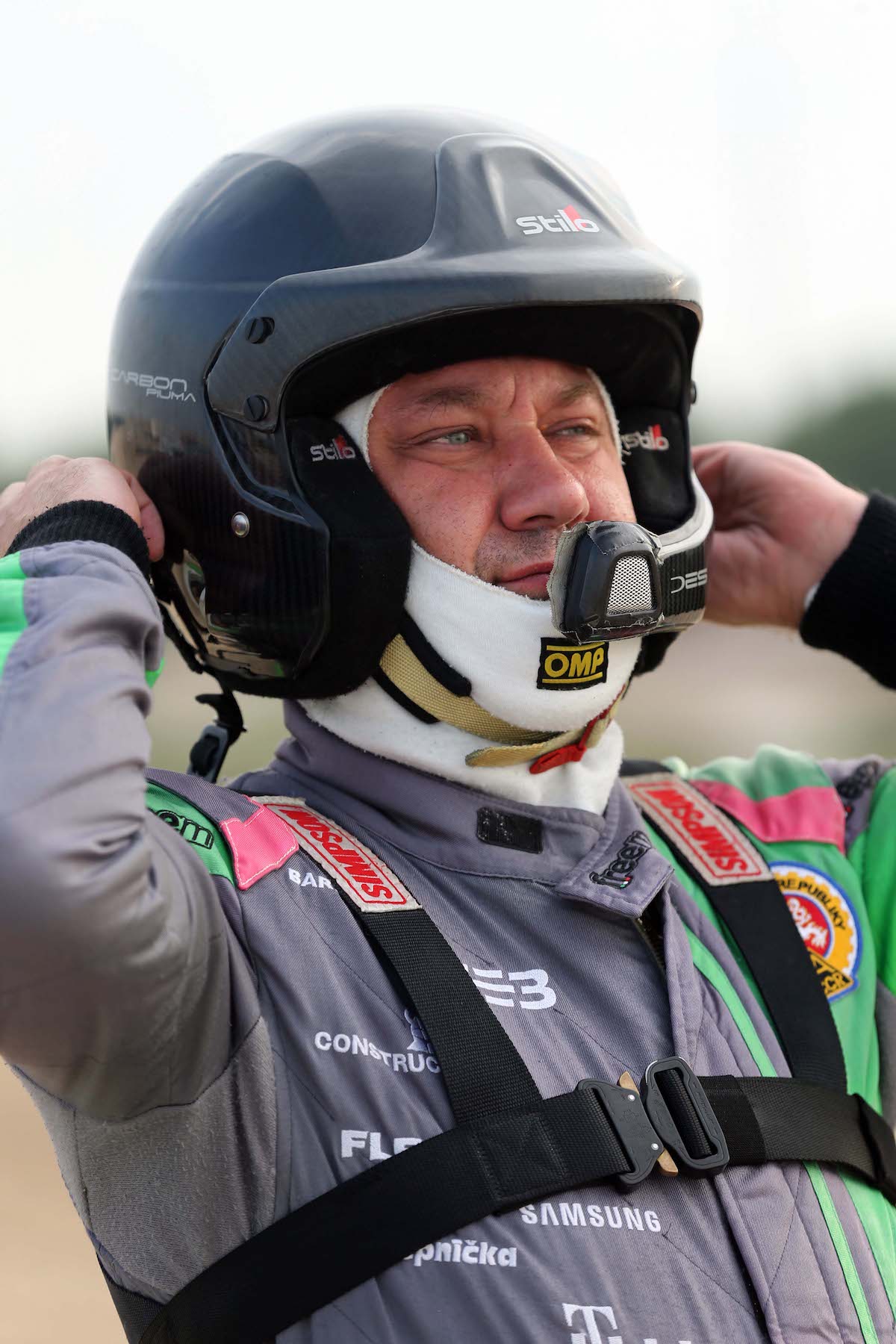 COMFORTABLE DAY ONE LEAD FOR AL-AT...