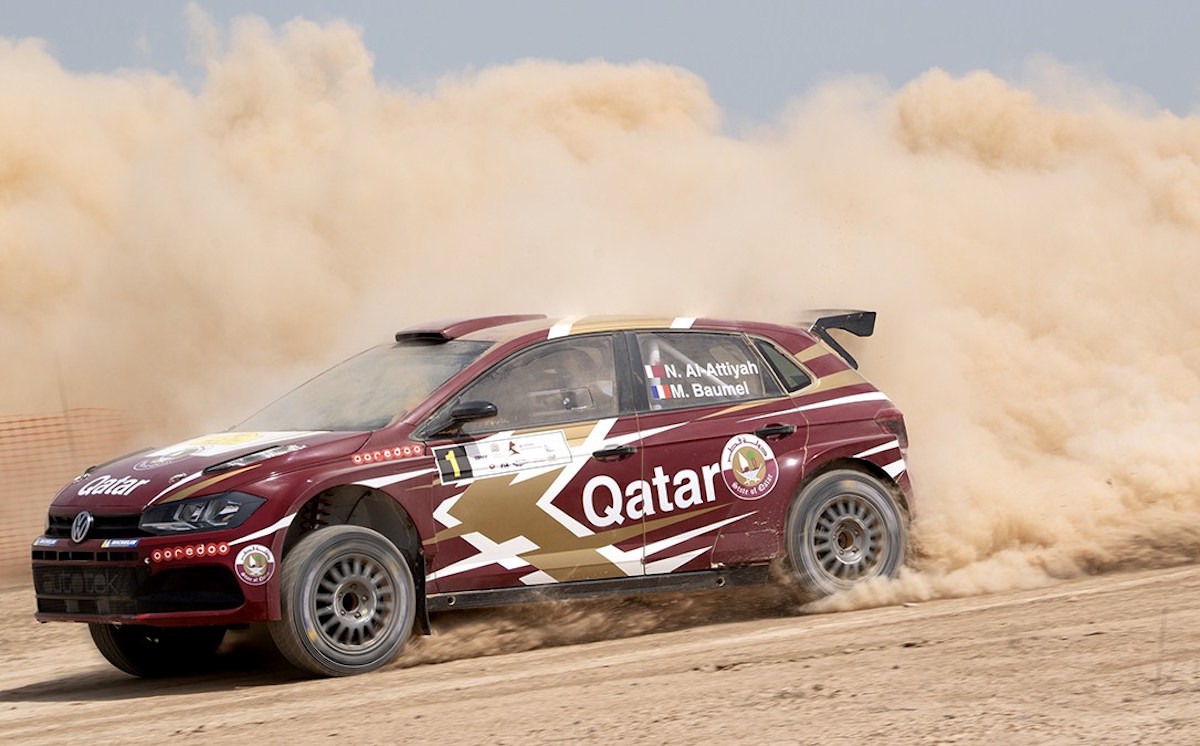 The 13-time winner of the rally and French navigator Matthieu Baumel won each of the day’s four gravel special stages in the north of the country and showed the true potential of the new factory-supported car being run by Autotek Motorsport.

A relaxed Al-Attiyah said: “We are quite happy with the car and everything is working well. It is similar to the Ford and the Škoda. R5 is R5, but I had a good feeling from the beginning. No water on the stages this morning, but it was a little bit windy and dusty. We did a good job. The stages today were a little bit rough. For the R5, they were okay, but when you see the Group N have a lot of problem, this is the Qatar Rally. Tomorrow the stages are much better. We try to keep a good pace and manage our lead.”

Abdulaziz Al-Kuwari returned to the hot seat after a three-year absence and quickly settled into a steady pace after a cautious start. The former event winner held second in his Škoda Fabia R5 with British co-driver Marshall Clarke.

“Good day, but very difficult,” said Al-Kuwari. “We had two slow punctures and we had to change them. In general, we were clean and I am enjoying a lot. We were trying to get the speed. Both times I did well in Al-Gharijah. I did not expect the speed to be like that. We are safe in second place. There is no way to catch Nasser, but there is a good gap behind me. We need to keep the car on the road. The Škoda is not the correct car for desert rallies. Maybe it’s better in Jordan and Lebanon. In the desert, with high speeds and bumps, three times I saw the ground in front and was almost going to roll…”

The 1993 regional champion Sheikh Hamed bin Eid Al-Thani enjoyed his first taste of an R5 Fiesta to hold third overall, while Kuwait’s Meshari Al-Thefiri was a fine fourth, topped the MERC 2 rankings and fended off the challenge from two R5 cars to boot.

Al-Thefiri, who is a double Group N and MERC 2 regional champion, said: “It’s a good day. We drive fast today but I took the safe line in the stages. We see a big gap in MERC 2. We try to push for the overall. I want to be top three. The new stages are nice but hard. We don’t have enough tyres. We don’t have service and we only had four tyres and two spares. There is a big gap between my car and R5 cars in terms of performance, but I will see what happens tomorrow.”

Six Omani crews started the Manateq Qatar National Rally. Jarah Al-Touqi moved to the top of the leader board in SS2 and maintained his advantage to reach Lusail 9min 31.9sec in front of Zakariyah Al-Amri. Oman-based Briton Shaun McGonigal slipped from second to third after the fifth stage, but Zakariya Al-Ofi was sidelined with drive train issues.

After a windy and damp start to proceedings, the weather forecast was set to improve as Al-Attiyah headed to the far north of Qatar and the morning’s 19.86km special stage at Al-Ruwais.

The Qatari was set to defend an already commanding 23.5-second advantage and he posted a target time of 10min 42.2sec and extends his lead over Abdulaziz Al-Kuwari to 43.8 seconds.

The three-time Dakar winner was in a class of his own, although Hamed bin Eid Al-Thani put in a spirited display to set the fourth quickest time on his first gravel stage in an R5. Al-Thefiri held a useful MERC 2 advantage after Abdulla Al-Kuwari dropped nearly three minutes with suspension issues and retired at the end of the special.

Abdullah Al-Ruwahi also ruined his chance of challenging for MERC 2 honours after stopping with a broken rear suspension arm at the end of the stage.

Teams then tackled another northerly special – the 18.94km of Al-Ghariyah – before heading to remote refuelling. Al-Attiyah was quickest again but Abdulaziz Al-Kuwari was getting used to being back behind the wheel and only dropped 3.3 seconds to his rival. Al-Thefiri remained the class of the MERC 2 field in third overall, as the R5 cars set the top five quickest times in the special. Mohammed Al-Meer (Mitsubishi) dropped six minutes.

Al-Attiyah was 4.2 seconds faster on his second run through Al-Ruwais and saw his lead grow to 1min 12.8sec. Al-Suwaidi dropped time and missed out on his chance to overhaul Al-Thefiri and snatch third place with Hamed bin Eid Al-Thani climbing to fourth.

The leader coasted through the re-run of Al-Ghariyah to reach the end-of-day service at Lusail with an advantage of 1min 24.5sec. It had been a low pressure first day for the Qatari in the new Volkswagen. Al-Thani displaced Al-Thefiri in the windy conditions to take third place and give Qatar a 1-2-3 grip on the podium, but the Kuwaiti’s consolation was a sizeable MERC 2 advantage.

Two loops of three special stages bring the competitive action to a close in Qatar on Saturday in the north of the country. Runs through Eraida (19.39km), Al-Dhakira (24.13km) and Al-Khor (18.18km) take place at 08.35hrs, 09.08hrs and 09.50hrs and precede a return to service at the Lusail Sports Centre.

The three timed tests are repeated at 12.30hrs, 13.03hrs and 13.45hrs and surviving crews then return to Lusail for a final service.

The post-event press conference and ceremonial finish will then take place at Souk Waqif in downtown Doha for a second consecutive year with the PC starting at 19.50hrs and the prize giving taking centre stage at 20.15hrs live on Al-Rayyan television. 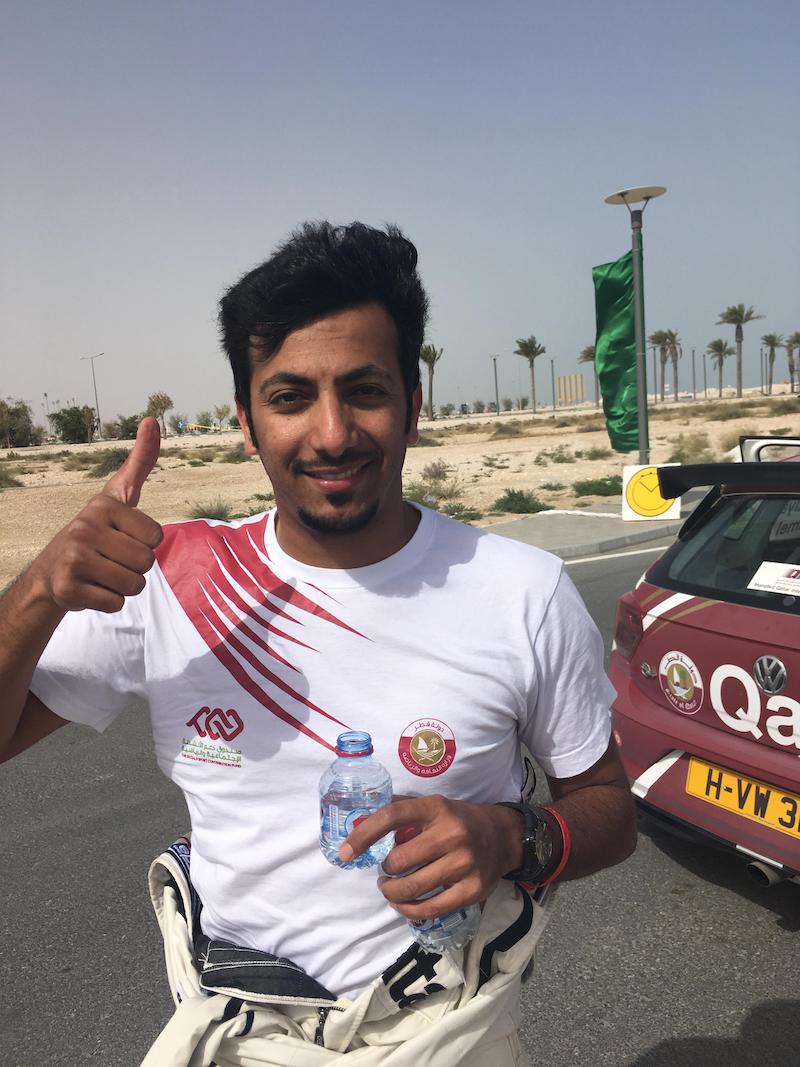 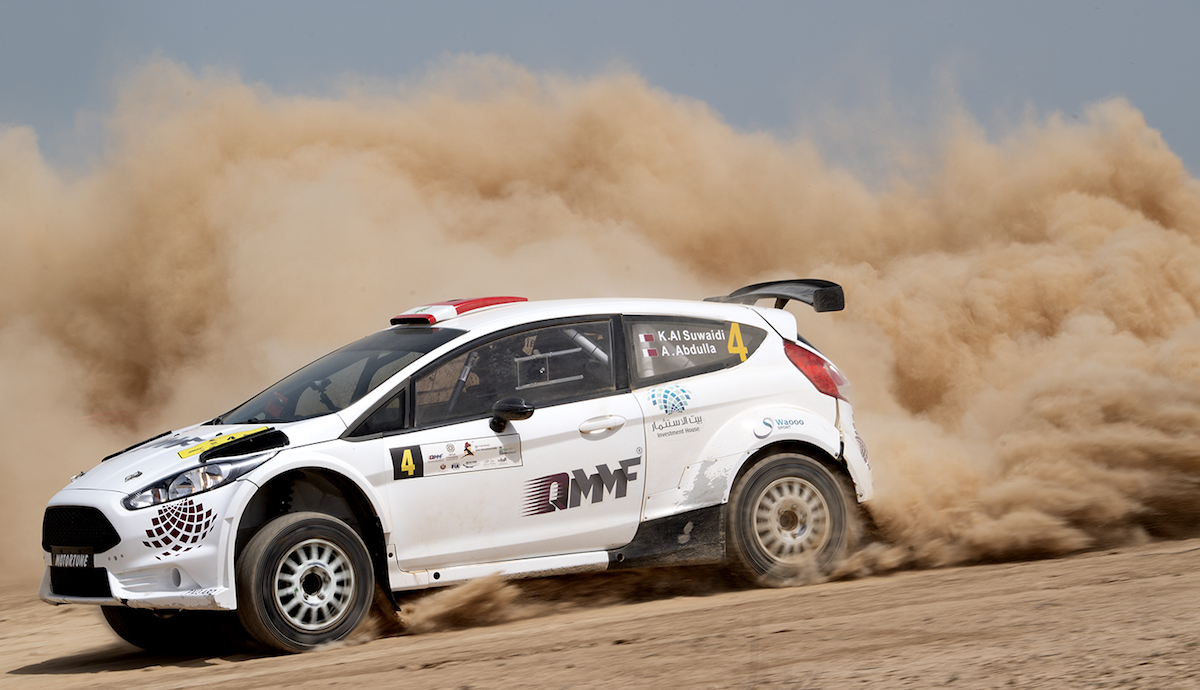 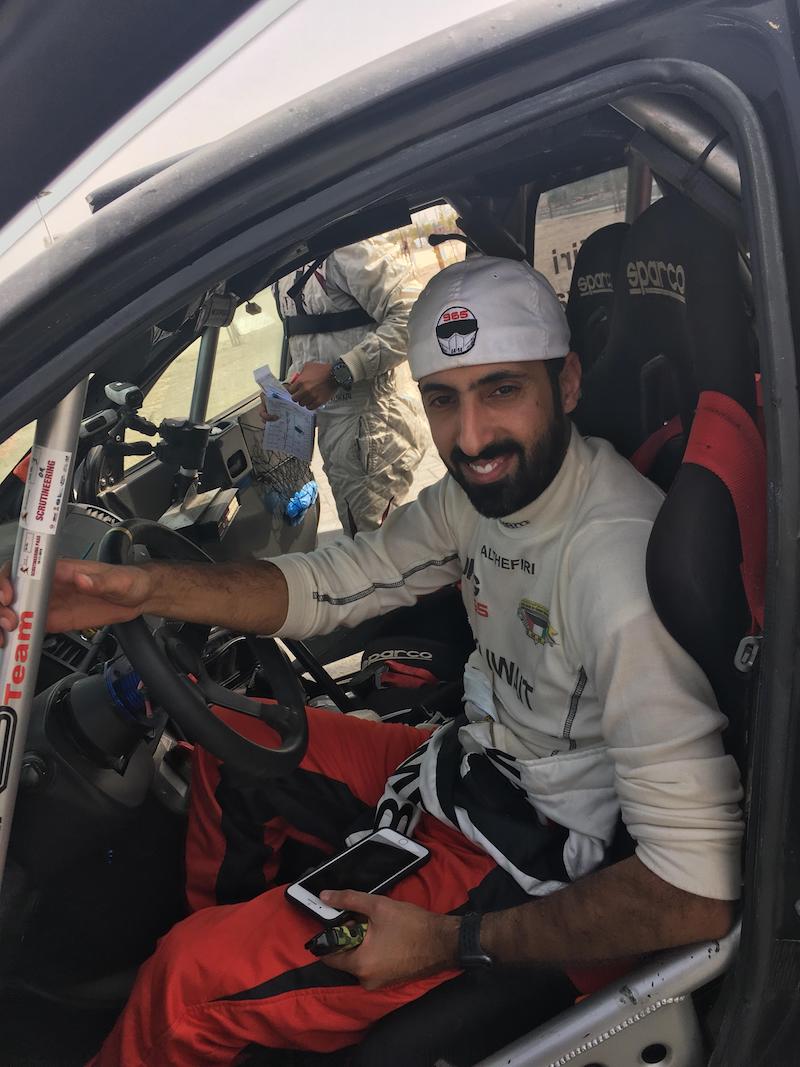 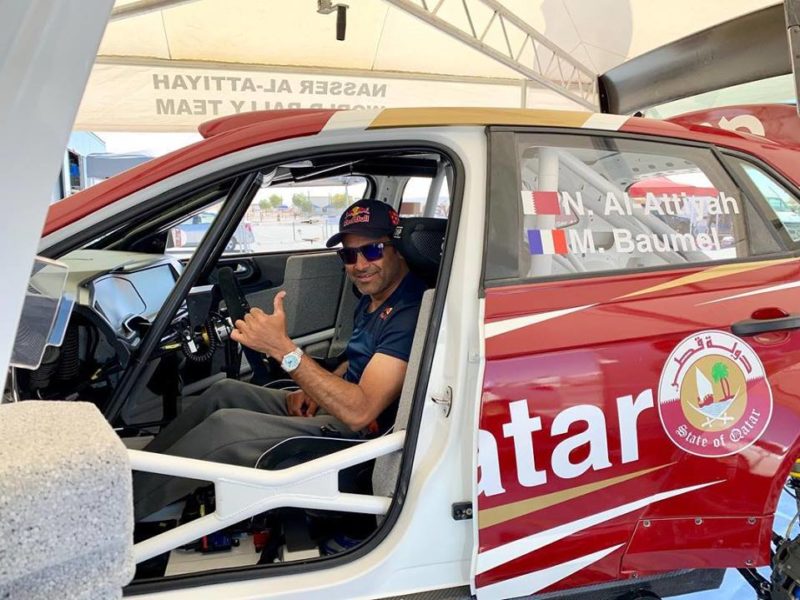